The Show Must Go On
Votes

The Show Must Go On

The crowds may have been smaller but the technology no less impressive as the Arlington-based Consumer Technology Association returned to Las Vegas for CES 2022.

Organizers reported an attendance of more than 40,000 with 2,300 exhibitors as the world’s largest and most influential consumer technology trade show returned to an in-person event following a pandemic-induced virtual event in 2021.

“This was a no-win situation for us,” said West, who has attended and exhibited at CES every year since 1985. “It was not obvious as to what to do and I really wanted to be there this year.”

West joined exhibitors like Amazon, Microsoft and Google in bowing out at the last minute due to rising concerns over the ongoing pandemic.

“I wasn’t worried about getting COVID myself since I have been vaccinated and boosted,” West said. “I was worried about bringing it back home. I have my 98-year-old father-in-law living with me. If I had brought something back it would have been a disaster for my family so the risk was just not worth it.”

West added that he was not concerned about interacting with the crowds during the show itself due to the many safety protocols in place. Attendees had to show proof of vaccination before receiving a badge, and each person got two self-test kits when they registered.

“We had a reasonably positive experience during the virtual 2021 event,” West said. “We ended up picking up Lowes.com so for us it was worth it but I think generally people were not happy and wanted to return in person.”

Prior to the start of the event, CES trimmed the show to three days, down from the usual four, as part of its enhanced health protocols.

“I fully expect that the show will return to normal for 2023.”

But the technology of the future was on full display.

“Innovation came to life this week at CES 2022 with technologies that will reshape industries and provide solutions to pressing worldwide issues from healthcare to agriculture, sustainability and beyond,” said Gary Shapiro, president and CEO of CTA, the owner and producer of CES, in his closing remarks. “The CES show floor buzzed with the joy of human interaction and a five-sense innovation experience with products that will redefine our future and change our world for the better.”

Prevalent throughout the show was artificial intelligence, making products and technologies smarter and customizable. Companies included John Deere, featuring the first fully autonomous tractor, and Beyond Honeycomb, with an AI-enabled robot to prep and cook customizable meals. 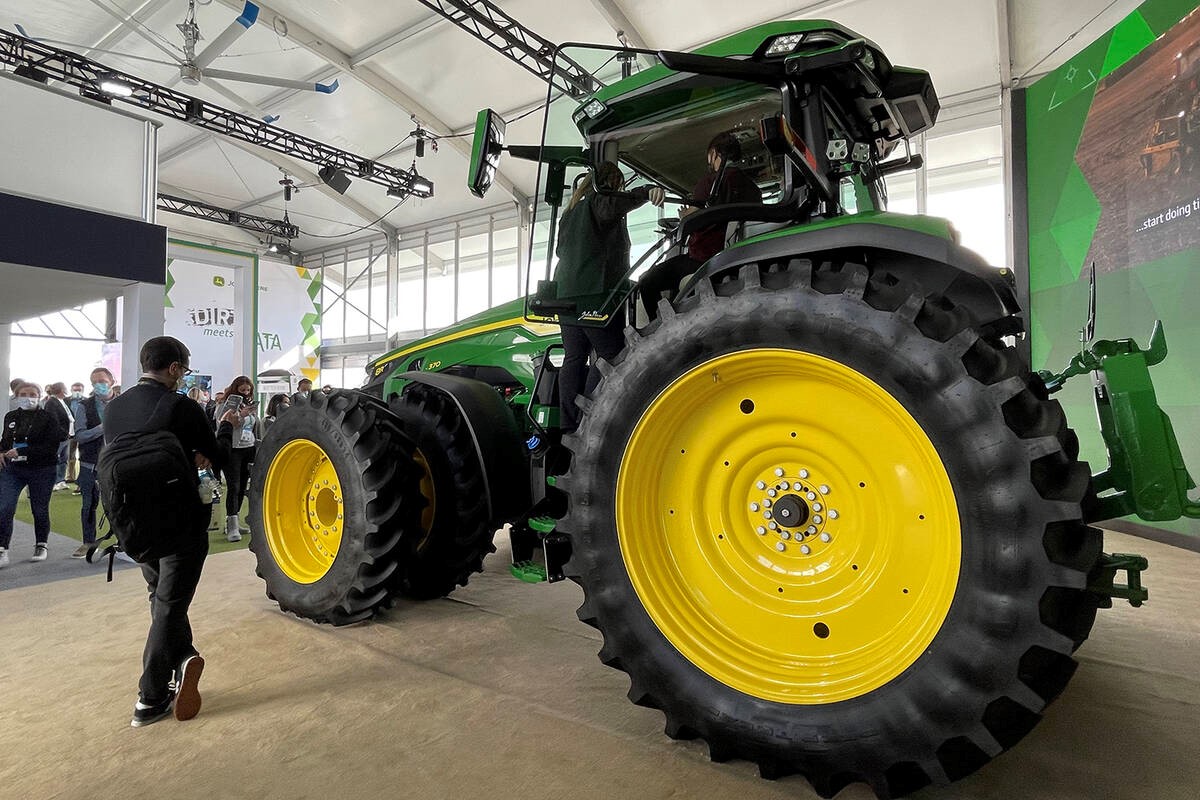 Samsung debuted the Odyssey Ark, a giant 55-inch curved screen designed specifically for gaming and content creation. The idea of the Ark is to allow more comfortable multi-tasking by supporting multiple full-size windows and can be used both vertically and horizontally.

According to CTA, more than 800 startups from 19 countries were featured in Eureka Park, the startup hub for CES 2022, including the SkyDrive air taxi. The Venetian Expo also featured a first-time European Pavilion highlighting the latest tech advancements from Europe.

West said that he anticipates the show will return to normal for 2023.

“It’s crazy – we had everything done and ready to go,” West said. “But while it wasn’t meant to be this year, I fully expect that the show will return to normal for 2023 and that I will be back again.”

Organizers announced that anyone unable to attend CES in person can access the show digitally through Jan. 31 at www.ces.tech.