Time to Hang up Bird Feeders 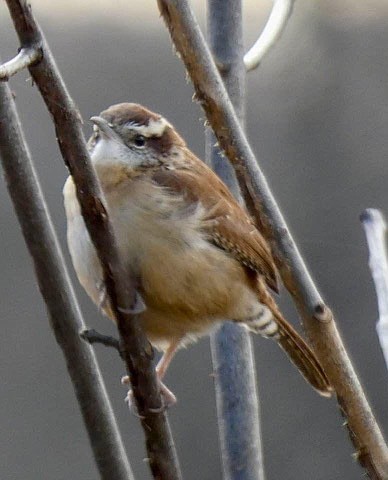 Mark Ludlow, the owner of For the Wild Birds in downtown McLean, spoke at the Great Falls Citizens Association Environment and Parks Committee meeting on Monday, Dec. 13. He focused on the three basic needs of birds in winter: shelter, water, and food. Each helps birds maintain their body temperature, critical for cold weather survival. 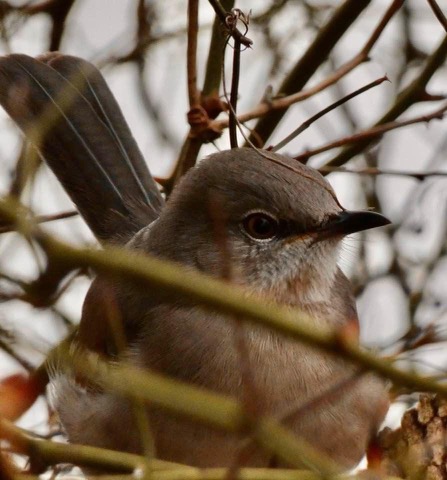 According to Ludlow, birdhouses do nothing as a shelter for birds in winter. "Birds live outdoors in the bushes. They don't live in houses," he said.  Although referred to as "birdhouses," they are nesting boxes. "Rarely will a bird use the nesting box in winter," he said. Chickadees, woodpeckers, Barred Owls, wrens, and nuthatches are cavity-nesters, meaning they prefer a roof over their heads, but only when nesting.

Birds try to keep their body temperatures constant. "The best thing is a giant brush pile in the backyard, [but] not everybody wants to do that," said Ludlow. "It's warmer, and…cuts down on the wind.  Otherwise, they just should sit in the bush." If it is below freezing all night, some bird species can lose up to 30 percent of their body weight in one night," said Ludlow.

Water is a second critical need for more than just hydration. Birds must bathe in the winter to keep their feathers oil-free and clean. Oily feathers matt and do not offer the same level of insulation. Fluffing up their feathers and producing air between them is one of the ways birds stay warm at night. They can then metabolize whatever food they have in their tiny stomachs throughout the evening to keep their body temperature stable. "So, you're helping birds by cutting down on the high mortality rates during the wintertime," Ludlow said.

He added that many people have "those big old concrete deep things" as birdbaths. "You'll never see a bird bathe in them. "It's a life-threatening event to go into water over their heads. All these backyard birds can't swim, so the shallower, the better. Splash around in a half-an-inch of water".

Finally, and perhaps most significantly, there is the matter of food. While birds would perish without it, food provides much more than the essential nutrients birds require. In winter, food keeps birds warm. Because their stomachs are so small, birds cannot consume enough food to maintain temperatures constant throughout the night. They stay warm by metabolizing food, and for some species, this can be a life-or-death situation.

Ludlow advised providing only hulled sunflower seeds, commonly called sunflower hearts, during the winter and most of the year. Many birds crave sunflower seeds, but some birds, including chickadees, finches, and nuthatches, did not evolve to open shells. Cardinals can crack open shells with their large beaks, but small titmice have difficulty. In addition, according to Ludlow, grocery store multi-mix, birdseed lacks nutritional value in line with the winter oil and fat requirements of birds. He added that the size of the bird has no relation to the seed it eats. "Folks assume that little stuff is there for little birds," he said. Sunflowers provide all the nutrients birds need for a balanced diet.

However, sunflower seeds are also loved by squirrels, says Ludlow. They have a propensity for depleting feeders and damaging those stocked with sunflower seeds. An environmentally sound and legal aversive agent can reduce their birdseed consumption to deter the rodents. Capsaicin-soaked shells,  the chemical that causes some peppers to be hot to humans, have the same effect on mammals but not on birds. "They actually have no reaction to it, literally," said Ludlow.

The research article,  Effectiveness of Capsaicin as a Repellent to Birdseed Consumption by Gray Squirrels substantiated Ludlow's assertion. Birds do not perceive this effect because they either lack the capsaicin-binding receptors or have capsaicin-insensitive receptors.

Suet is another food option; it is rendered animal fat typically mixed with nuts, corn, or berries. A suet cage will attract chickadees and cardinals. A suet holder with a "tail prop" or one nailed to a tree helps attract woodpeckers. This gives woodpeckers three points of contact, "like a third leg," according to Ludlow.

Asked what bird feeder and type of binoculars to use, Ludlow suggested the All Squirrel Buster, a squirrel-proof feeder. Once on the feeder, a squirrel's weight forces the shroud down, blocking the ports. 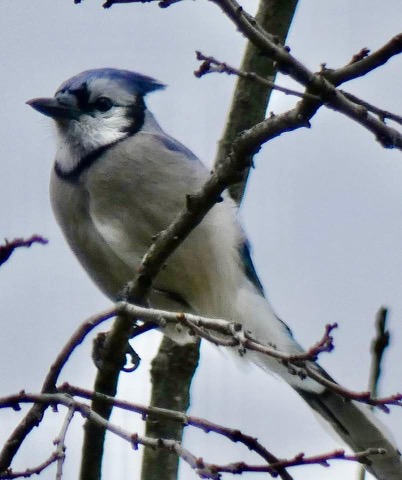 Ludlow recommended large binoculars for bird watching. They are heavier but superior to pocket binoculars that resemble old opera glasses. "If you have a little pair of binoculars, it's like looking through a little teeny tunnel, and you can't find the bird …  [And] you can't follow it because the screen is too small. So, you need a big opening so that you can find that bird. Your natural eye-hand coordination will just bring it right to the bird, and then when it moves, it often hasn't left the field," he said.