Inside the failed effort to ban assault weapons in Virginia. 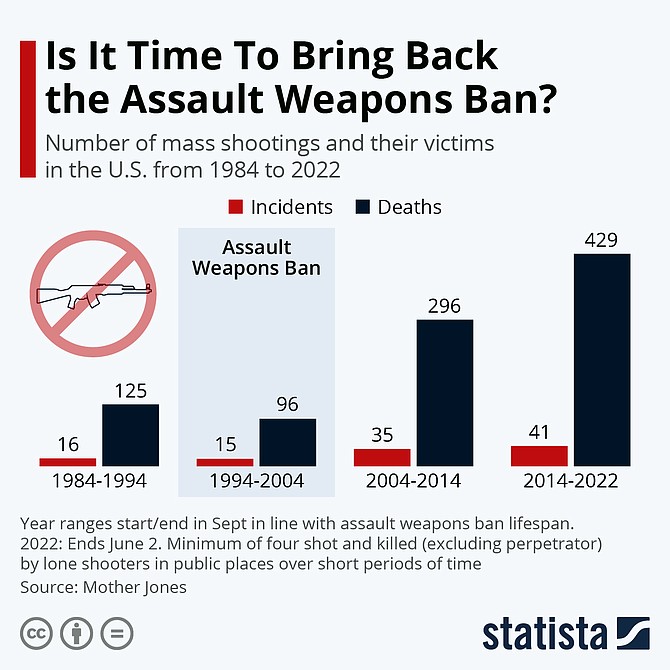 Banning assault weapons was a major priority for gun-violence prevention advocates in early 2020, just before the pandemic struck and Democrats were seizing control of the General Assembly for the first time in a generation. Gov. Ralph Northam had campaigned on the issue, and he made banning assault rifles one of his major legislative priorities for the session. Three members of the Alexandria delegation introduced bills to make it happen. Hopes were high when lawmakers arrived for the General Assembly session in January 2020.

"We had momentum," said Brian Moran, who was secretary of Public Safety and Homeland Security at the time. "We thought the stars were aligning."

But the star-crossed effort fizzled when Democrats on the Senate Judiciary Committee sent it to the Crime Commission, which never took it up. The next year, the issue vanished as lawmakers moved on to other topics. Now Virginia has a Republican governor and a Republican majority in the House of Delegates, leaving the effort to ban assault weapons out of reach -- at least until after the 2023 election. Meanwhile, gun violence in America is skyrocketing and the number of mass shootings conducted with assault rifles grows year after year as the General Assembly fails to take action.

"I was disappointed that a lot of people didn't have the courage to do the right thing," said former Del. Mark Levine (D-45), who introduced the assault weapons ban that passed the House and was scuttled in the Senate. "And the promises that had been made to me in February and March of 2020 that we would seriously consider it for continuation all went away when covid came." 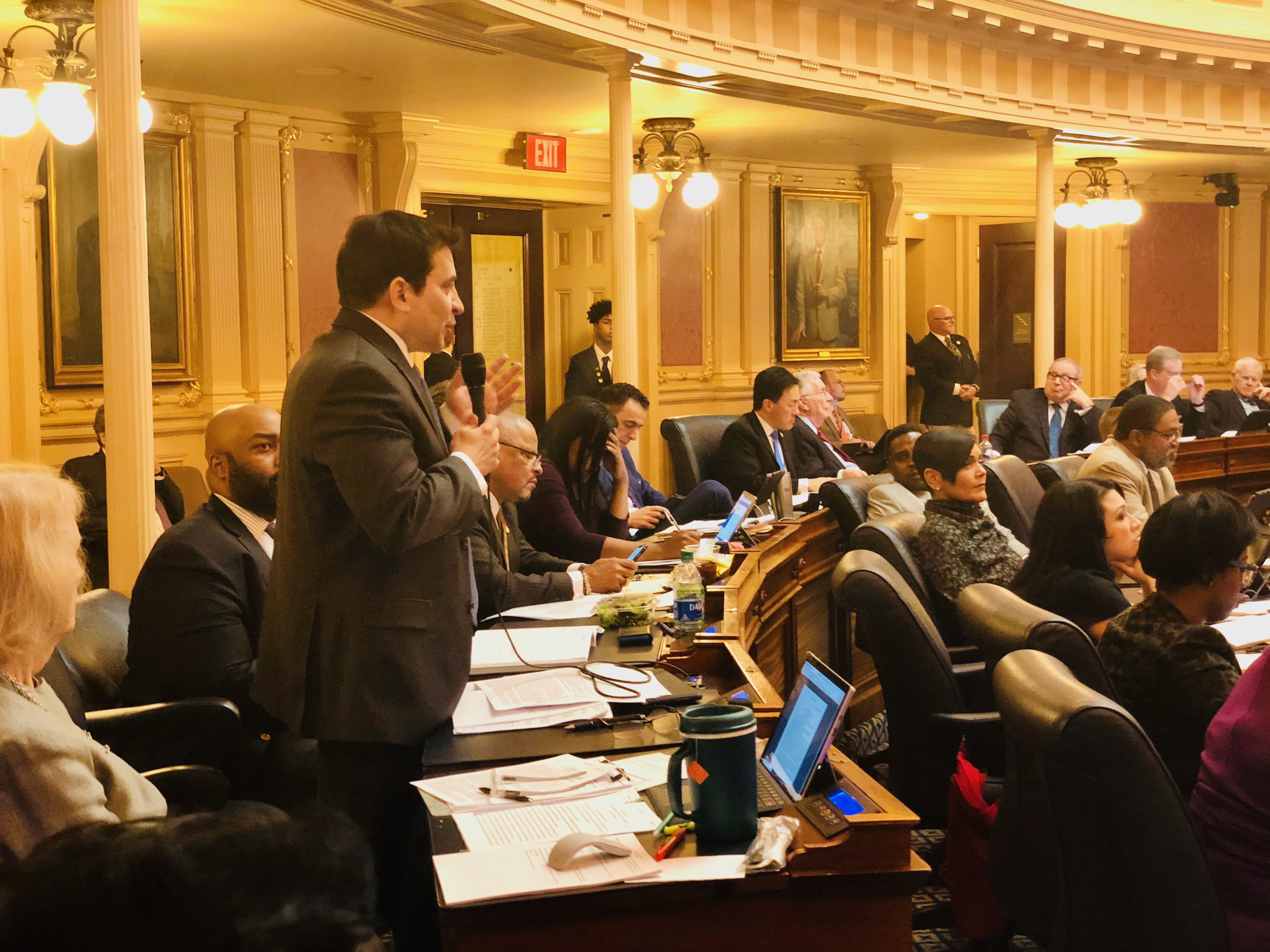 Former Del. Mark Levine (D-45), seen here in 2020, introduced a ban on assault weapons that passed the House but was scuttled in the Senate.
ASSAULT WEAPONS are often the weapons of choice for mass shooters in America. It was the type of firearm used to kill 21 people, including 19 children, in Texas last month. A version of the AR-15 rifle has been used in 11 mass shootings in the last decade, including the Texas Walmart shooting in 2019; the Florida high school shooting in 2018; the Las Vegas concert in 2017; and the Sandy Hook Elementary School in 2012. The steady rise in the use of assault weapons on mass shootings is what prompted Northam to call for an assault weapons ban after he was elected governor.

"I know what weapons of war do to human beings," said Northam, who served in the Army Medical Corps. "And it’s my thought and opinion that we don’t need weapons of war in our society.”

When Democrats took control of the House and the Senate after the 2019 election, they finally had a moment to make that agenda a reality. Senate Democratic Leader Dick Saslaw introduced a sweeping bill that would ban all assault rifles, including ones that people already owned. That prompted national attention and helped attract thousands of gun-rights enthusiasts to Richmond for a massive protest that featured many people walking the streets of the capital city heavily armed and openly carrying.

“I believe that unarmed citizens are peasants," said Tiffany Gonzalez, who drove 12 hours to be in Richmond for the gun rally. "The left is focussed on power, money, control and corruption.”

THE GOVERNOR'S version of the assault weapons ban was more measured, and it had a grandfather clause that would allow owners of existing assault weapons to keep them without fear of prosecution. In the House, the governor worked with Levine. In the Senate, they worked with state Sen. Adam Ebbin (D-30). But the Senate Judiciary Committee never heard Ebbin's version of the bill because he withdrew it.

"We felt it had a better chance in the House to pass, and so it was a strategic decision," said Moran, who was leading the governor's efforts to prevent gun violence in the General Assembly. "We had a chairman in the House who was favorable, so the idea was that we would get it out of the House in good shape, which is what we did."

Levine's bill passed the House of Delegates with a vote of 51 to 48. But then it ran into trouble in the Senate Judiciary Committee, where senators raised concerns that Levine's version of an assault weapons ban was unconstitutional and unenforceable. Advocates for preventing gun violence said that was incorrect, pointing out that the bill under consideration was modeled on a Maryland law that had been upheld by the Fourth Circuit Court of Appeals. But four Senate Democrats voted to send the bill to the Crime Commission instead of the Senate floor: John Edwards (D-21), Creigh Deeds (D-34), Chap Petersen (D-) and Scott Surovell (D-36).

NOW ADVOCATES for preventing gun violence are in a fix. They missed their window of opportunity in 2020 and 2021. Now they're facing a hostile governor and House of Delegates, who are trying to undo some of the new gun violence prevention measures the Democrats put in place while they were in the House.

"If the public were able to see the damage done by these weapons to human beings, I think far more people would stand up and demand that we have greater restrictions on them," said Paul Friedman, executive director of the gun violence prevention nonprofit Safer Country. "The public needs to have a better idea of what these weapons can do, and what they have done. Without that, it's too antiseptic for a lot of people to grasp."