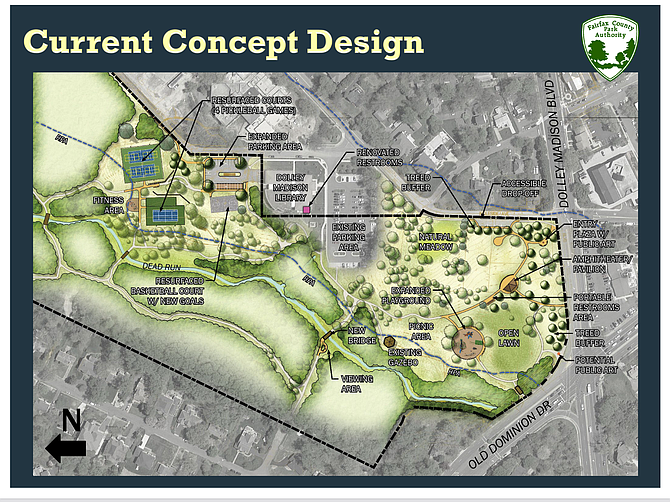 The planned construction start for the long-awaited upgrades and additions to McLean Central Park is Spring 2023. The consultant is finalizing the design in May. Public comments will be accepted until April 1, 2022, with review and any revisions happening the same month. 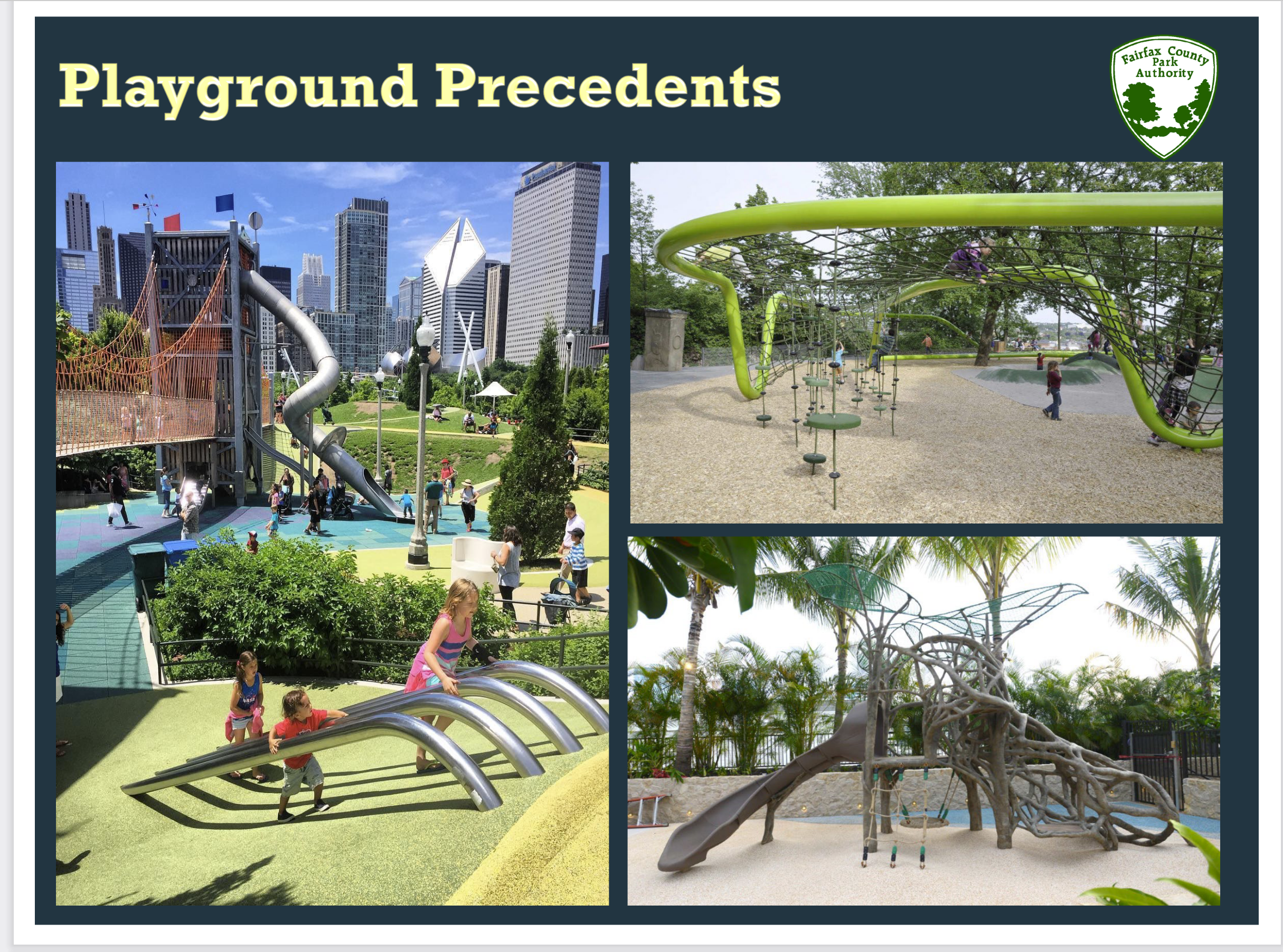 On Wednesday, March 2, the Fairfax County Park Authority held a virtual meeting with the public to review the McLean Central Park Development Concept Plan. "We hope to share with you our vision for the future of this park, based in large measure on the input we have received from park users during the master planning process and in previous public meetings," said Judy Pedersen, public information officer for the Fairfax County Park Authority.

The Park Authority's project team presented and discussed the concepts and community input thus far. The floor was opened for public discussion and a question and answer session following the presentation. The phone-in system didn't work, and Pedersen asked people to submit their comments through  McLeanCentralPark@PublicInput.com.

"We in McLean love McLean Central Park, and we want to get this right. We worked hard in 2013 to develop a Plan that had a lot of support, but we didn't have a lot of money at the time," Dranesville District Supervisor John W. Foust (D). They brought the plan back to the community in 2020, and although it is fundamentally the same, it is not exactly, according to Foust.

Presenter Adam Wynn, senior project manager and planner for the Fairfax County Park Authority, said that the park had money to begin concept design in 2019. Then, with the successful 2020 Park Bond Referendum, they received  $2.2 million to support the project construction.

"The (2013) Master Plan is very much a guide and decision-making tool for future development," Wynn said. He listed the 2013 Master Plan facilities: an amphitheater, a drop-off zone, fitness equipment, a picnic area, bocce court, game tables, and seating spaces.

"But there is flexibility for the Development Concept (2022) to differ slightly from the Master Plan (2013)," Wynn said. He added that the Master Plan is used to establish the long-term vision for how the park will be used in the future and as a tool for making decisions on everything from planning and design to construction, resource management, and programming.

The Park Authority reportedly received almost 500 comments for the May 2021 Public Meeting. It became apparent that the community's sentiment and stakeholders remained solid in most areas compared to 2013 but varied slightly in a few places, such as bocce ball. 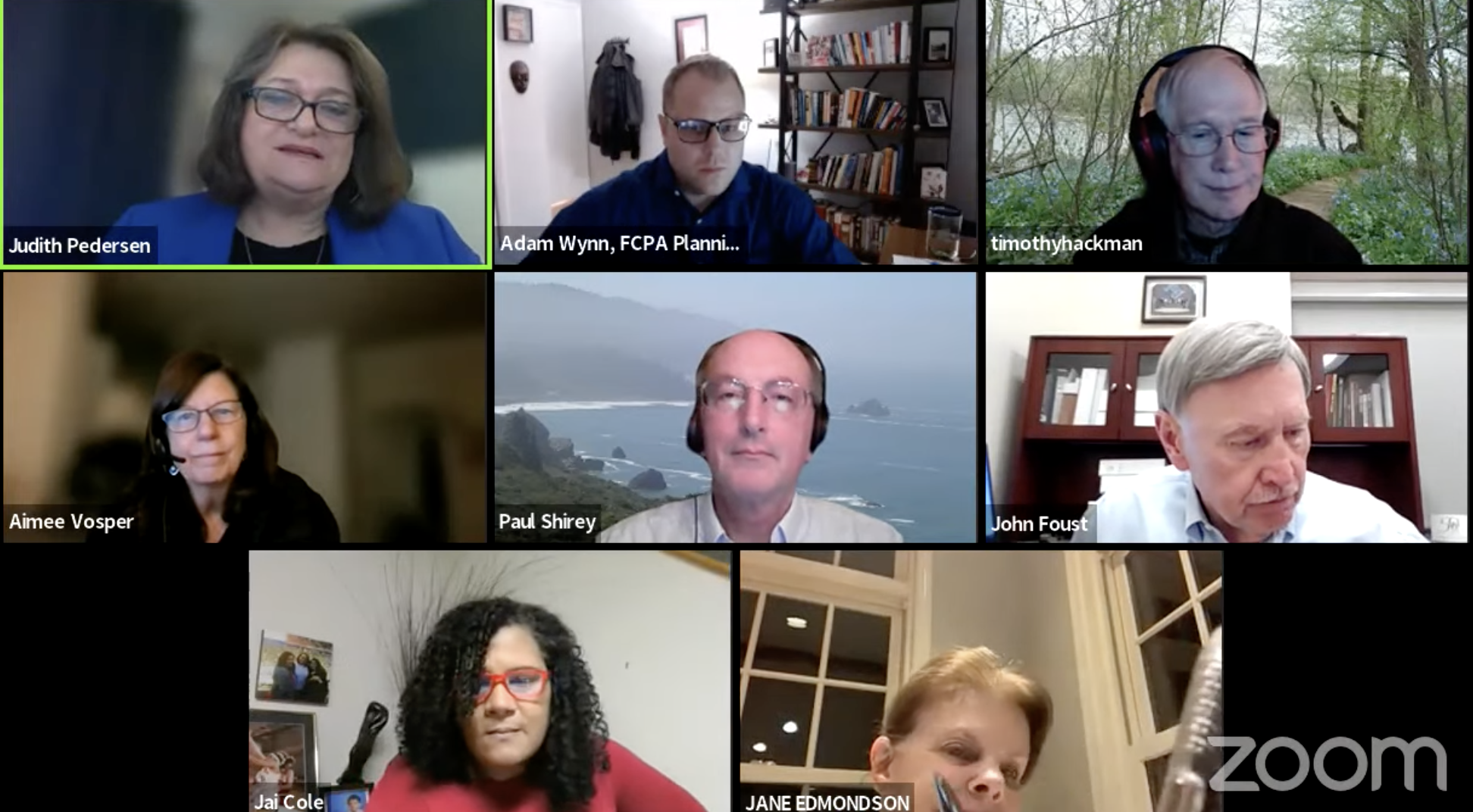 Wynn said that "an overarching theme" became apparent recently. Residents and stakeholders wish to see current park amenities and green space protected and developed. As for which features gathered community support, the amphitheater did, the playground and court improvements.

According to Wynn, more people favored the amphitheater than opposed. The need for a facility that could offer educational, social, and recreational facilities for the local community beyond what the existing gazebo could allow was one of the grounds for support. It would also be an option for sites where large indoor gatherings are not allowed or advised owing to health concerns such as COVID.

"We clearly heard that the courts were well used, and none of them should be removed," Wynn said. Many people expressed a desire to have the tennis courts improved and upgraded. This included the basketball courts and the tennis and pickleball courts.

Wynn said many people expressed a desire to have the playgrounds renovated and consolidated so that children of all ages and abilities could be accommodated in one central place.

There was a mixed reaction to the fitness area, with some worried that the equipment might not be used. By 2021, unlike 2013, the bocce ball and game tables drew little attention. Finally, Wynn said that many people believed that including public art was critical.

Looking at the concept for the new amphitheater, it became smaller, and the site shifted slightly. The amphitheater is planned to be placed in a location that requires minimal grading. It is further from surrounding dwellings and the intersection. As a result, few trees need to be removed, and environmental disruption kept to a minimum. The amphitheater will function as a pavilion for general community usage and double as a performance venue.

The amphitheater's drop-off and parking area were modified so that it could be a pull-off type for Mapleside Avenue, reducing the number of trees affected. The previously intended drop-off location can be transitioned into a controlled meadow.

The area near the tennis courts where the school-aged children's playground is located will be converted into a fitness area. The existing tot lot on the opposite side of the park will be extended to accommodate new play equipment for children of all ages. The current budget can accommodate new school-age equipment because the previous equipment was reaching the end of its useful life. However, alternative funds must be sought to replace existing and newer toddler equipment.

FCPA has an agreement with the McLean Library for full use of a restroom with exterior doors on the side of the building. This restroom will be refurbished and made available to park visitors all year. The lack of bathrooms was a worry for future concerts, festivals, or parks. The plan also included a porta john location near the amphitheater pavilion for occasions such as the Arts Festival and other events.

McLean Central Park is located at 1468 Dolley Madison Blvd. It is a 28-acre public park adjacent to the McLean Community Center and Dolley Madison Library. The park contains a variety of natural spaces and active recreation areas, including tennis and basketball courts, playgrounds, and trails to serve the community. The proposed facilities and improvements in the revised 2022 Concept Plan are responsive to the feedback received from the public and stakeholder groups. Comments regarding the revised concept plan will be accepted until April 1, 2022 and can be sent to McLeanCentralPark@PublicInput.com.

Highlights of the Q & A Via the Online Chat

Q: What about a scheduling system for the tennis courts?

A: We can talk to Park Services.

Q: Is there any consideration to having a beach area at the creek for younger children?

A: I would just tell you that park rules actually prohibit people from entering the waterways. So, I don't believe that we would consider encouraging that activity.

A: The Master Plan doesn't show that, and additionally, there really isn't any room in that area when you look at the grading.

Q: What is the capacity of the amphitheater?

A: It depends on what the amphitheater/pavilion is used for. But if it was for performance, it would be roughly the size of what is used by the existing  gazebo plus a little additional more. But we don't have a specific number until we hire a consultant, but it would be in that general range.

Q: Are there any plans to include a sidewalk along the perimeter of the park along 123 and Old Dominion and from neighborhoods nearby so that the local community can walk to this newly refurbished park safely to enjoy it?

A: I know for this project that's outside of our scope of what we can work on.