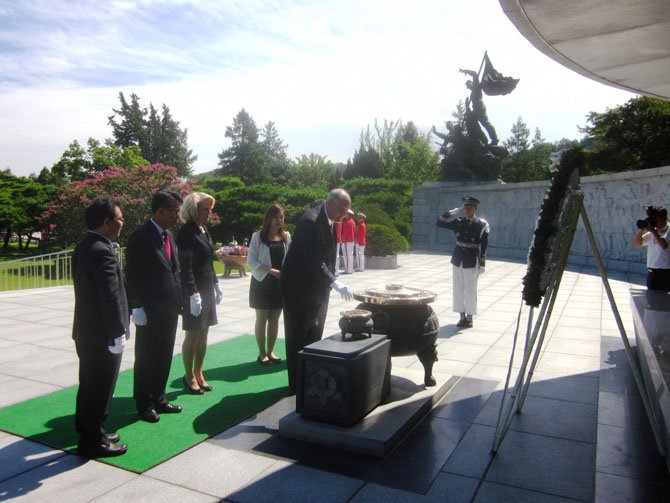 State Sen. Dave Marsden (D-37) participates in a wreath-laying ceremony at the Korean National Ceremony where the Korean War dead are buried. In August, Marsden and his wife, Julia, spent a week in South Korea as guests of the Government of the Republic of Korea. He was invited to discuss his sponsorship of the “East Sea” bill, and also to present a resolution from the Southern Legislative Conference encouraging trade development between the United States and Korea.