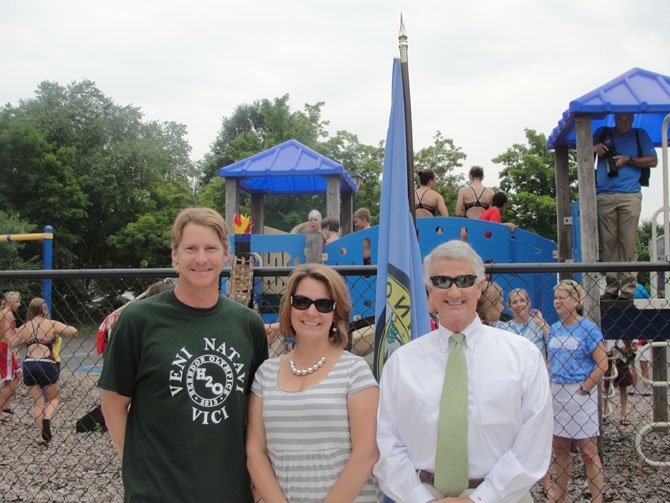 Olympian Josh Davis, Mayor Lisa Merkel, and Del. Tom Rust (R-86) all spoke at the opening ceremony for the Herndon Olympics, urging the youth to do their best.