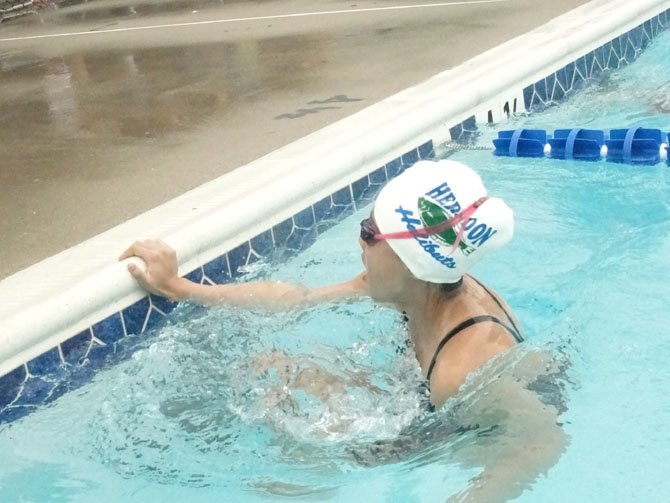 Arianna Chen, 16, doing a breaststroke open-turn during her race.