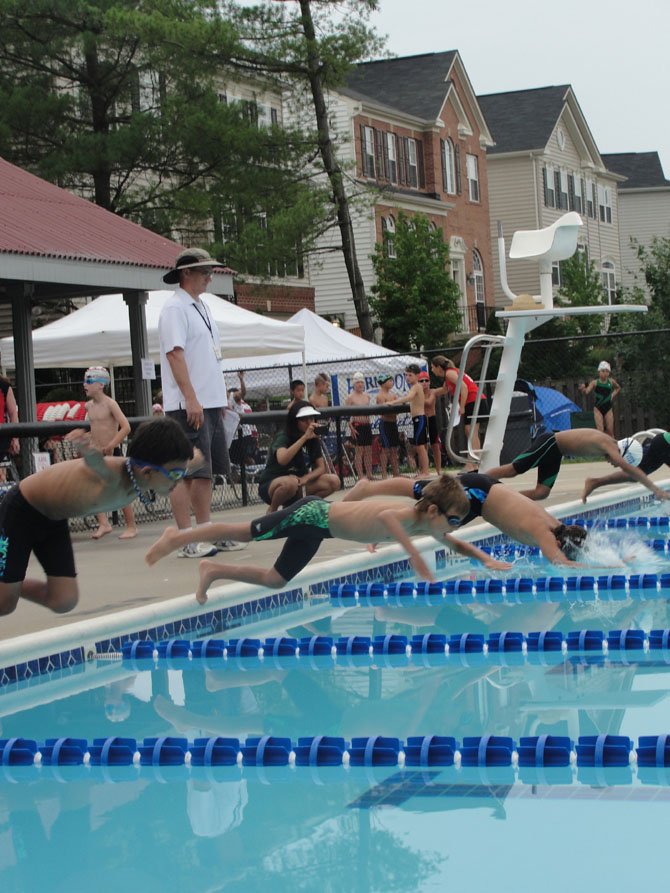 Alexander Jones, Liam Rayson, Rishad Malkani, Ethan McCrea—8 & Under Boys—take off from a dive to swim their 25 Meter Freestyle race.