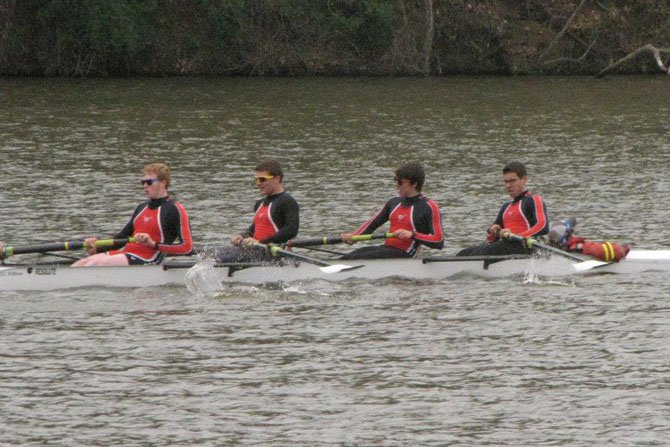 With their oar blades rising up from the water in perfect unison, the T.C. Williams boys’ varsity 4 sprint toward the finish line on their way to an overwhelming victory at the Noxontown Regatta in Delaware on March 31. Members of the boat include (from left): rowers Cameron Pattisall, Madison Weitekamp, Henry Anderson, Greg Montenegro and coxswain Mark Comey.