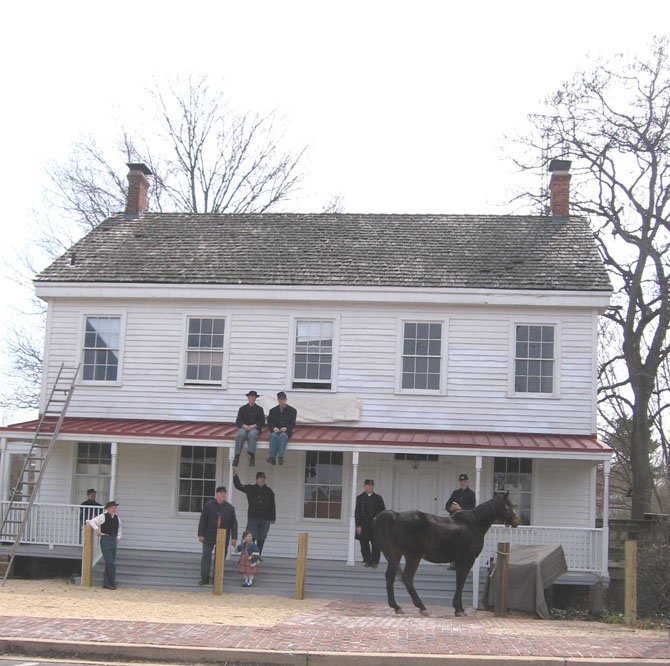 Freeman Store, dating back to the Civil War, has played a role in Vienna history for 150 years. Called the Lydecker Store during the Civil War, the building was used by Union and Confederate troops. Photo is of the 2011 re-creation of iconic photo taken circa 1862.