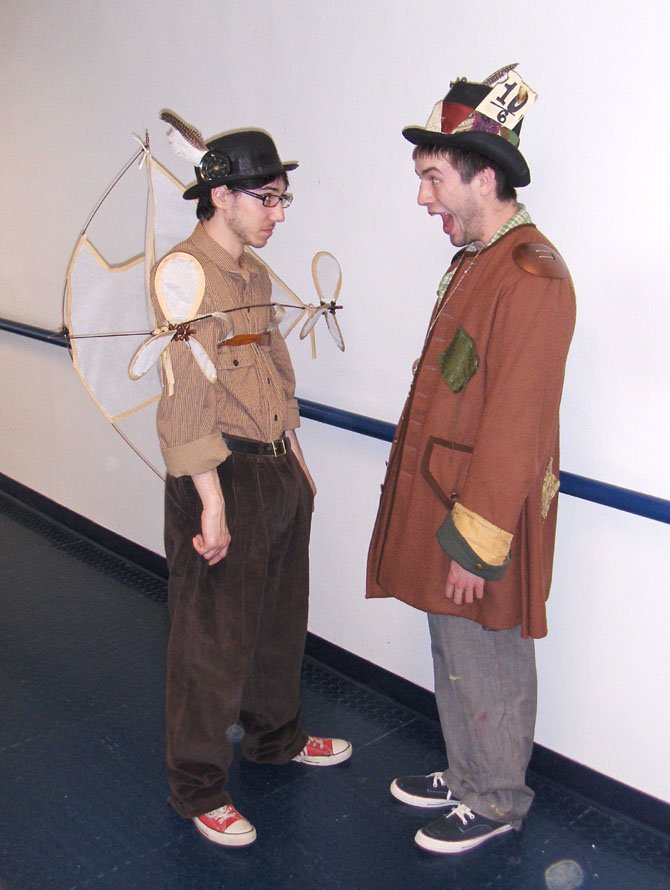 From left, Sam Bergman as the winged Griffin and C.J. McCracken as the Mad Hatter wear some of Woodson’s Cappie-nominated costumes.