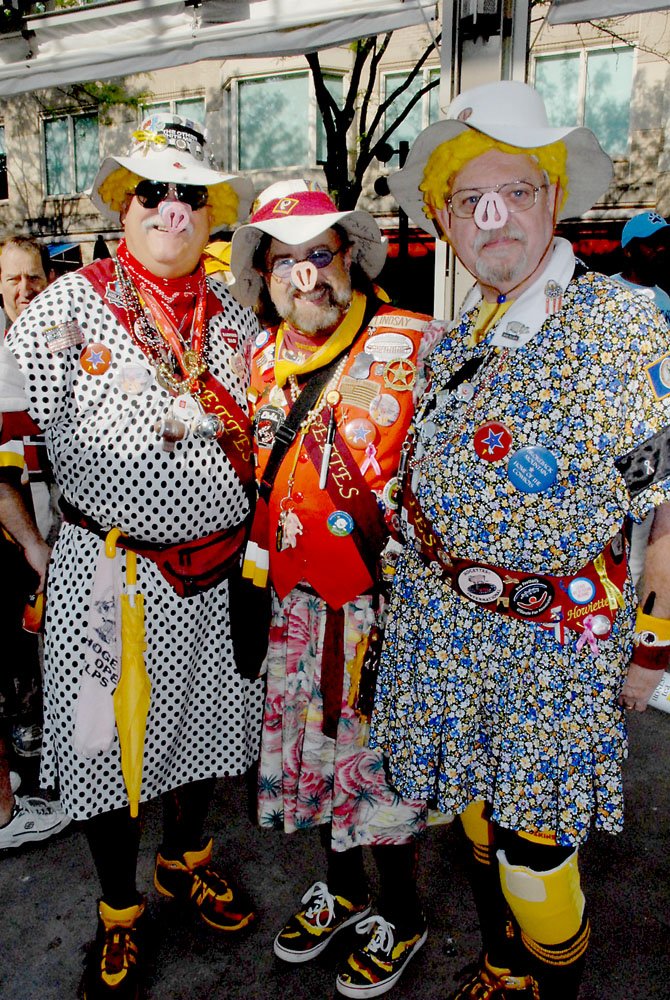 Boss Hogette, Pork Chop and Howiette of the Hogettes pose for a photo prior to the ride. The Hogettes, a special kind of Redskins fan, appear at 110 charity events per year.