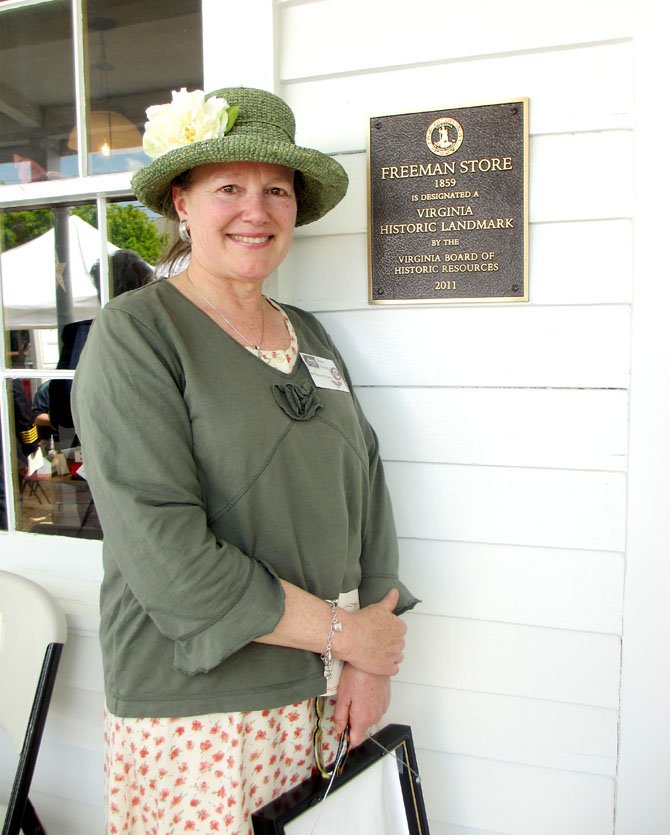 One of the top stories of 2012 in Vienna was unveiling of a Virginia historical registry plaque on April 21, commemorating Freeman Store’s designation as a historic landmark in the Commonwealth of Virginia. Anne Stuntz is pictured with the newly-unveiled plaque.

From devastating wind storm to parking garage, Vienna saw diversity in its news stories of 2012. Trees toppled on houses and cars during the June 29 derecho that ravaged the region and thousands of Vienna-area residents were without power for days as emergency crews worked to repair downed power lines. Vienna heard business news, as well, with the founding of a new Vienna Business Association and the proposed Church Street parking garage.