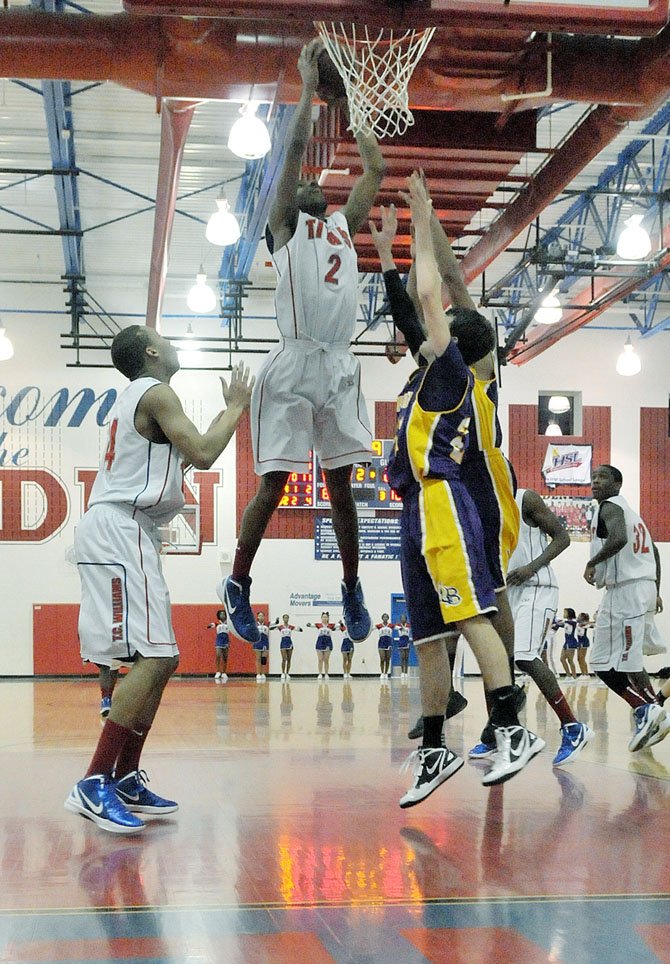 T.C. Williams senior T.J. Huggins scored 28 points on senior night during a 65-54 victory against Lake Braddock on Feb. 7 at The Garden.

T.J. Huggins finished with 28 points and 10 rebounds during the final regular season home game of his career, helping TC improve to 12-9, including 8-5 in the Patriot District. With the district tournament beginning Feb. 14, head coach Julian King said the Titans have the talent to compete in the postseason but the team has to cut out mental lapses.