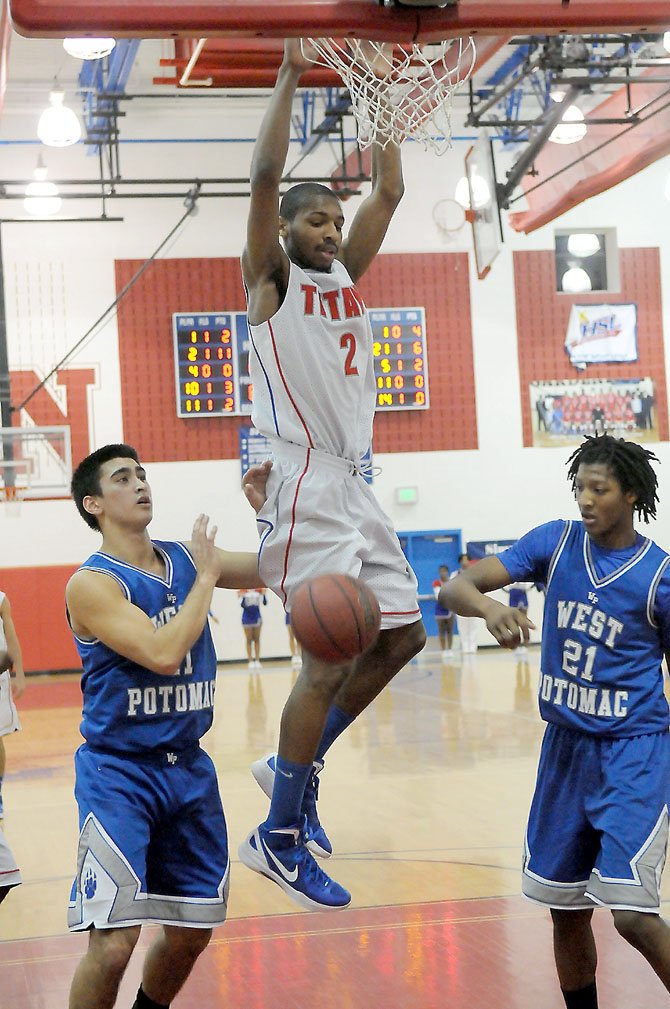 The T.C. Williams boys’ basketball program has won the last four Northern Region tournaments for which it has qualified. Thanks to a career night from senior T.J. Huggins, the Titans will have a chance to extend the streak to five.