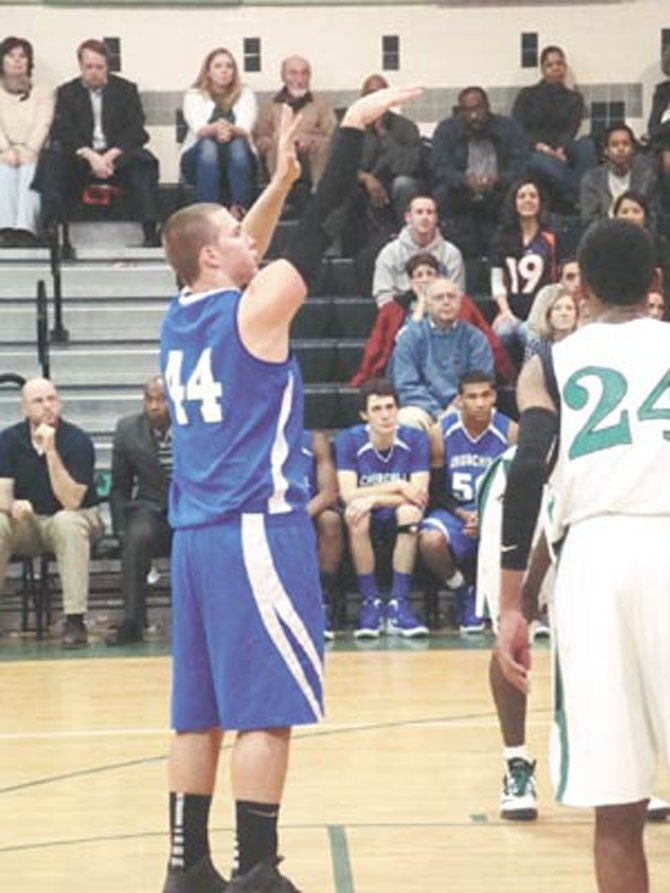 Churchill senior Thomas Geenen, sporting long blue sleeves, squared up in the left corner and, with a smooth stroke, buried his first 3-pointer of the season during the second quarter against Walter Johnson on Jan. 13. After the game, Geenen, teammate Sam Edens and head coach Matt Miller each acknowledged the display of perimeter potency. However, Geenen’s biggest contributions to Friday’s victory over the rival Wildcats were prolonging possessions and finding ways to get quality shots for his teammates.