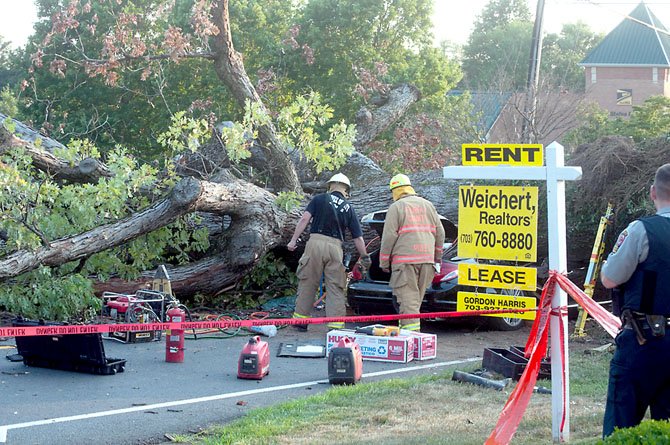 Fire and Rescue Personnel examine a car that was crushed by a fallen tree Tuesday, July 17, killing the driver inside, Albert Carl Roeth III.

Tree falls, kills one, residents concerned about others.

A tree on Georgetown Pike at Oliver’s Corner in Great Falls fell over Tuesday, July 17, killing Albert Carl Roeth III while he was driving south at around 6:30 p.m.