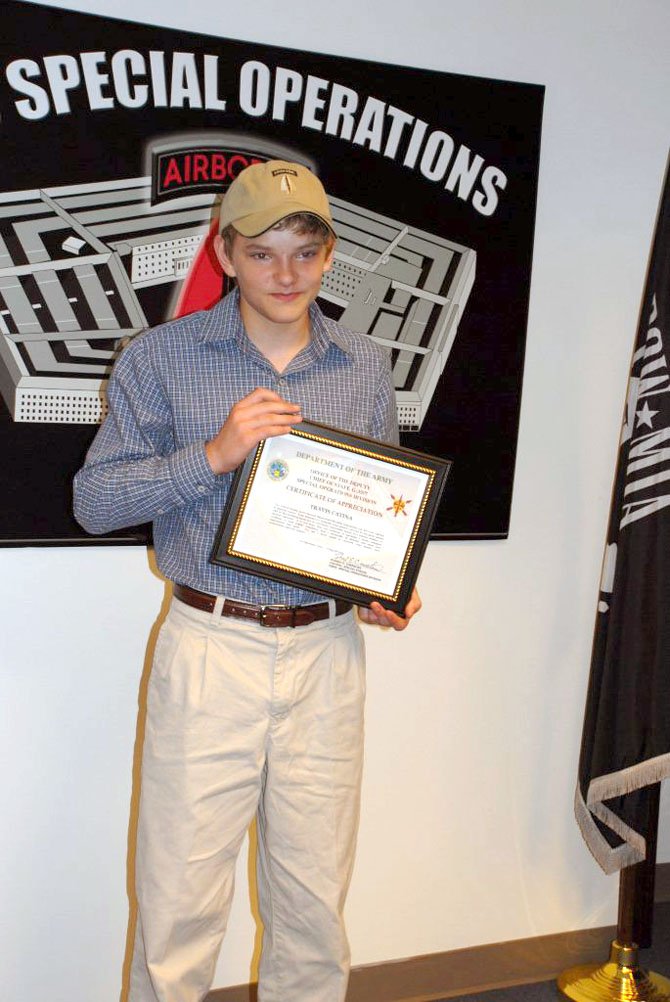 Seventh grade Lake Braddock student, Travis Catina, received a certificate of appreciation during a tour of the Pentagon.

Honored at the Pentagon

A private tour for seventh-grader who wants to become a U.S. Army Ranger.

"What do you want to do when you grow up?" This question, posed so often to young adults, typically results in ambiguous, pie-in-the-sky answers. Lake Braddock seventh grader and Springfield resident Travis Catina had a very specific response to that question, one that when published in the Dec. 30 Children’s Issue of The Connection caught the attention of U.S. Army officers at the Pentagon and earned him and his family a private tour.