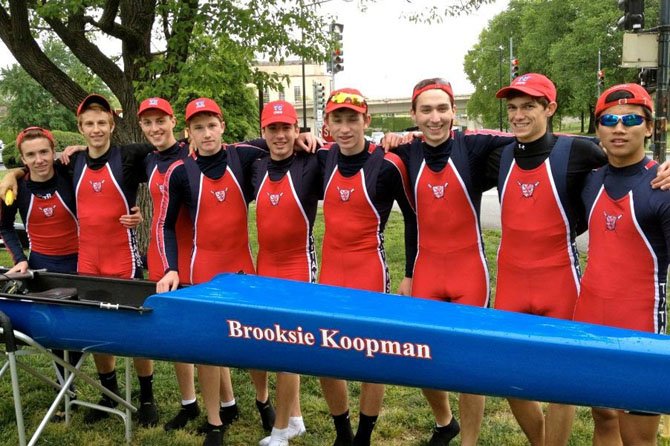 The T.C. Williams boys’ lightweight 8 — a boat which has gotten faster each week that it has raced this season — came in first at the Charlie Butt Regatta in Georgetown on April 28. Members of the lightweight 8, shown here by their boat after their victory, include (from left): coxswain Brian Comey and rowers Cody Brooks, David Salmons, Chris Porter, Ethan Vannatta, Sam Zickar, Constantine Ivanis, Mitchell Youmans and Chris Kidd.

The T.C. Williams crew team traveled to Georgetown this past Saturday, April 28 to compete in the Charlie Butt Regatta, a race that started on the Potomac just above the Key Bridge and ended in the shadow of the Kennedy Center just down the river.