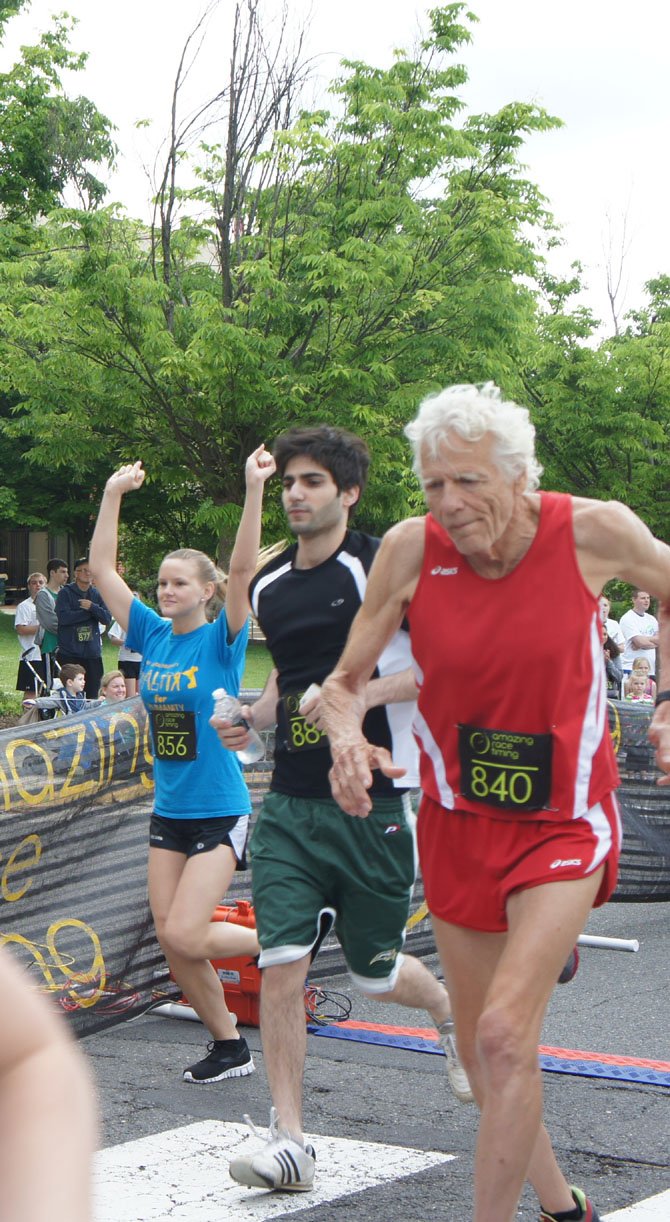 Megan Lennox, Anthony Sargon and Robert Gurtler were among 115 runners of all ages who participated in Nat Bresler Memorial 5k on George Mason’s Fairfax campus last Sunday, May 9.