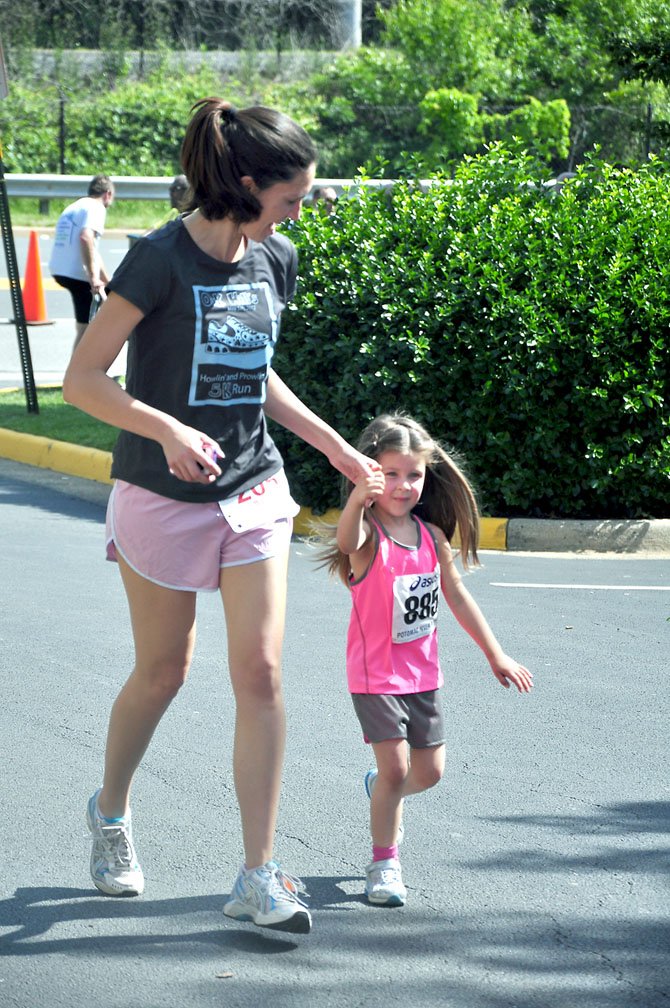 Lisa and Lillian Johnston, 4, of Reston run in the fifth annual "We‘ve Got Your Back" 5K to raise funds for the Spinal Research Foundation Saturday, May 12.