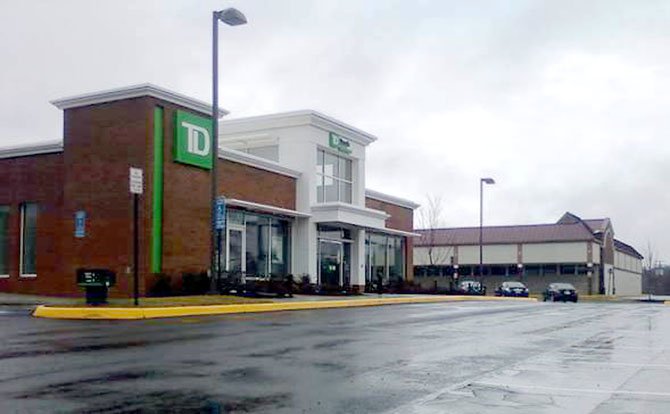 A photo of the TD Bank located near the intersection of Little River Turnpike and Pickett. The architecture is similar to the one proposed for Cardinal Forest Plaza in West Springfield. The enhanced architectural façade was one of the conditions requested by members of the West Springfield Civic Association and agreed to by Edens, the developer and owner of the 1970s shopping center.

TD Bank, one of the nation’s 10 largest banks, has moved a step closer to opening a drive-thru branch in West Springfield’s Cardinal Forest Plaza shopping center.