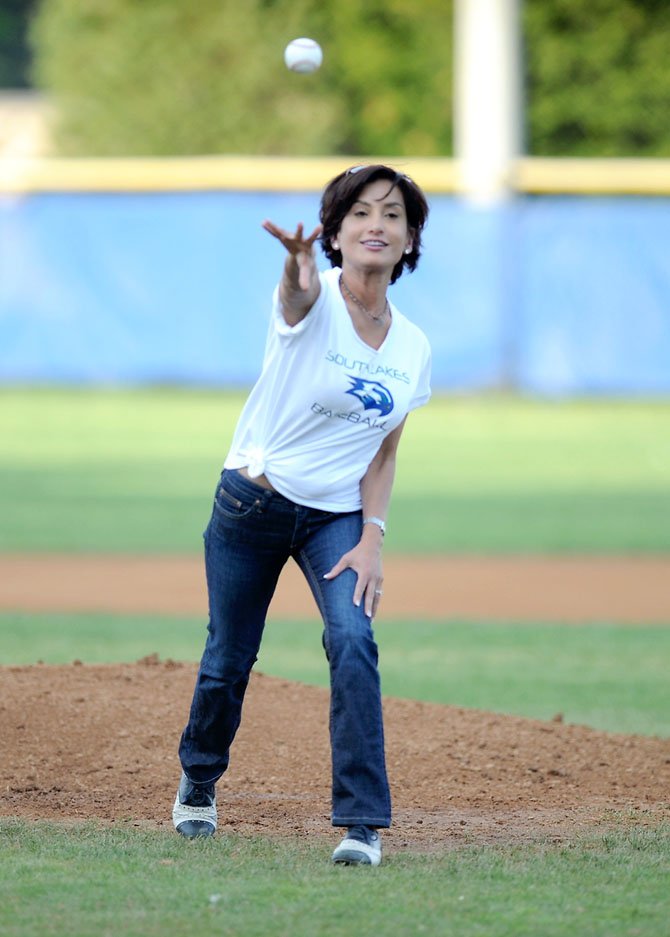 Prior to South Lakes’ baseball game versus visiting Madison on Tuesday, May 1, Dr. Alli Guleria of Guleria Orthodontics, a grand slam sponsor of the Seahawks’ baseball program, threw out the first pitch. (It was a called strike).

In a hard-fought road contest for the South Lakes High baseball team, the Seahawks were defeated last Tuesday night, May 8 by the Fairfax Rebels, who came from behind in the bottom of the seventh inning to win the Liberty District game 8-7.