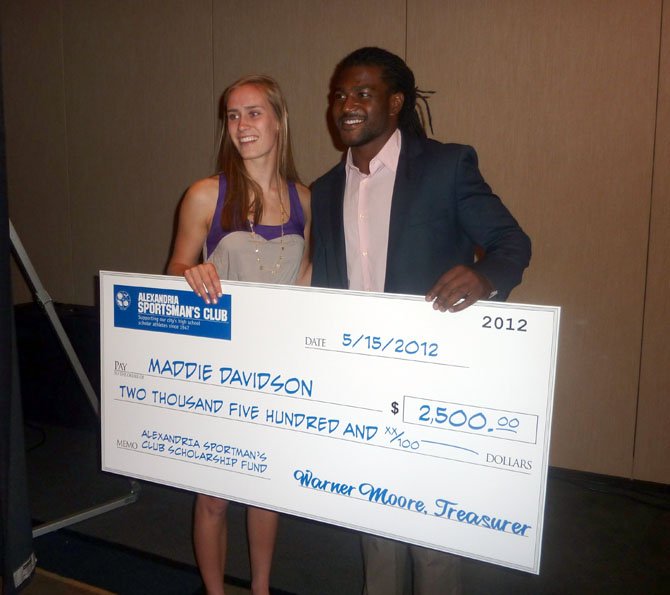 SSSA senior Maddie Davidson poses with her scholarship check with Redskins running back Tim Hightower following the ASC awards dinner May 15 at the Westin Carlyle Hotel.

Redskins running back and 2004 Episcopal High School graduate Tim Hightower joined the Alexandria Sportsman's Club May 15 in honoring the city's top scholar athletes eight years after he himself was named athlete of the year by the club.