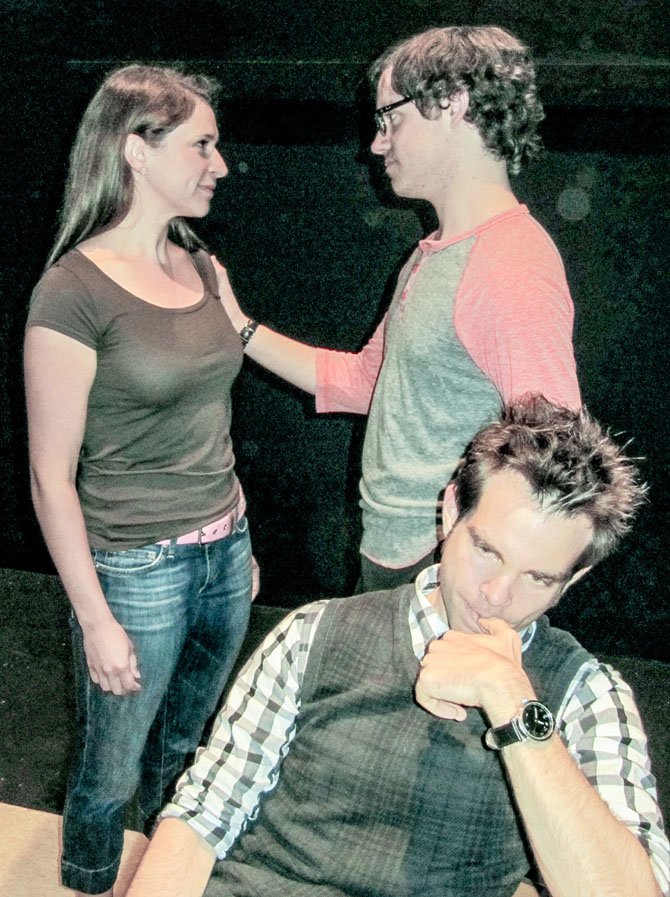 From left standing, Lauren Kiesling as Alice, center seated, Matt Baughman as Charlie, and right standing, Steve Custer as Burt Selden, a medical researcher in the Elden Street Players production of "Flowers for Algernon," which runs through June 30 at the Industrial Strength Theater.