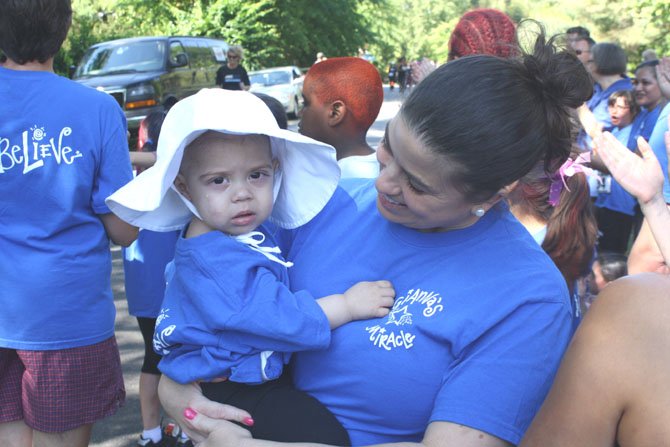 Suzanne Hess and her 1-year-old daughter Gianna. Gianna Hess has a rare form of liver cancer, and the third annual Joe Cassella 5K raised $45,000 for the Hess family Sunday, May 20.