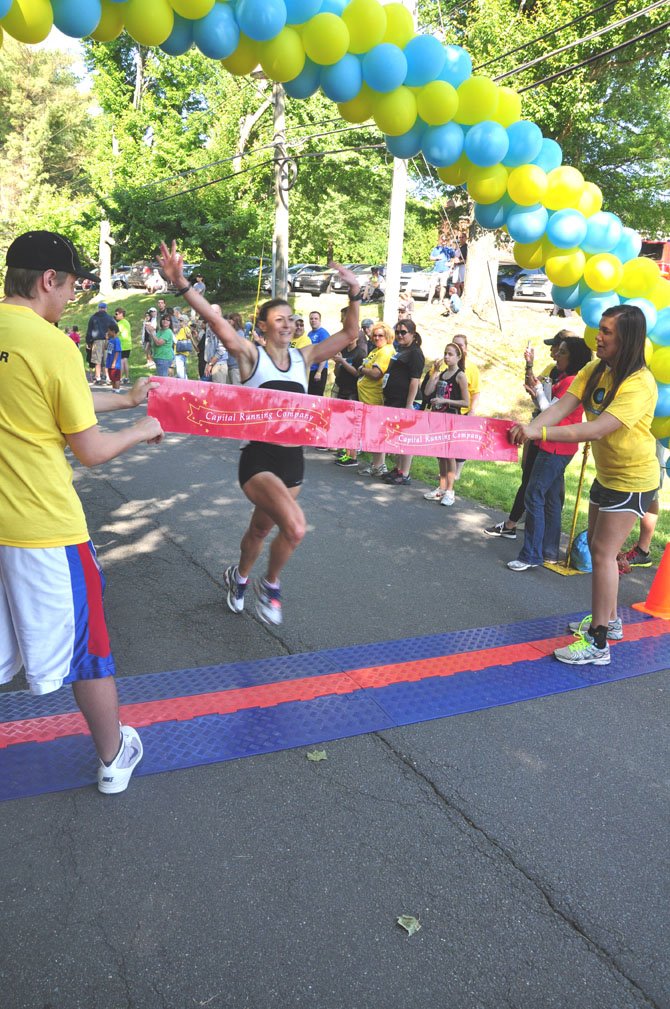 Affie Ambrose of Reston crosses the finish line with a time of 20:52, the best women’s time, at the third annual Joe Cassella 5K in Great Falls Sunday, May 20.