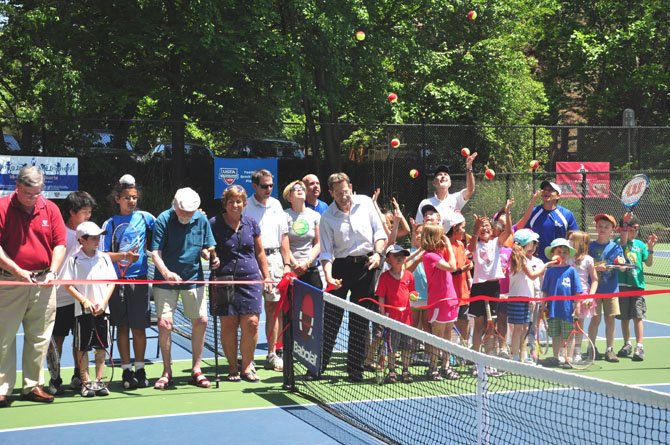 Reston officials, residents and children cut the ribbon on the new under 10 children’s tennis courts Saturday, May 19. Six courts were created out of two previously existing full sized ones.