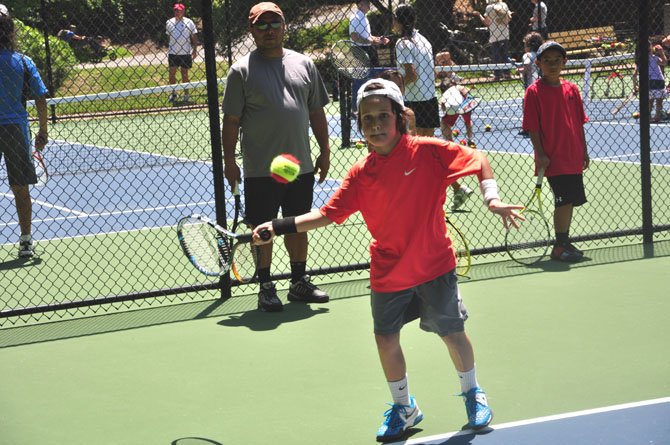 Samuel Frizelle, 8, lines up a stroke on the new Reston children’s tennis courts Saturday, May 19.