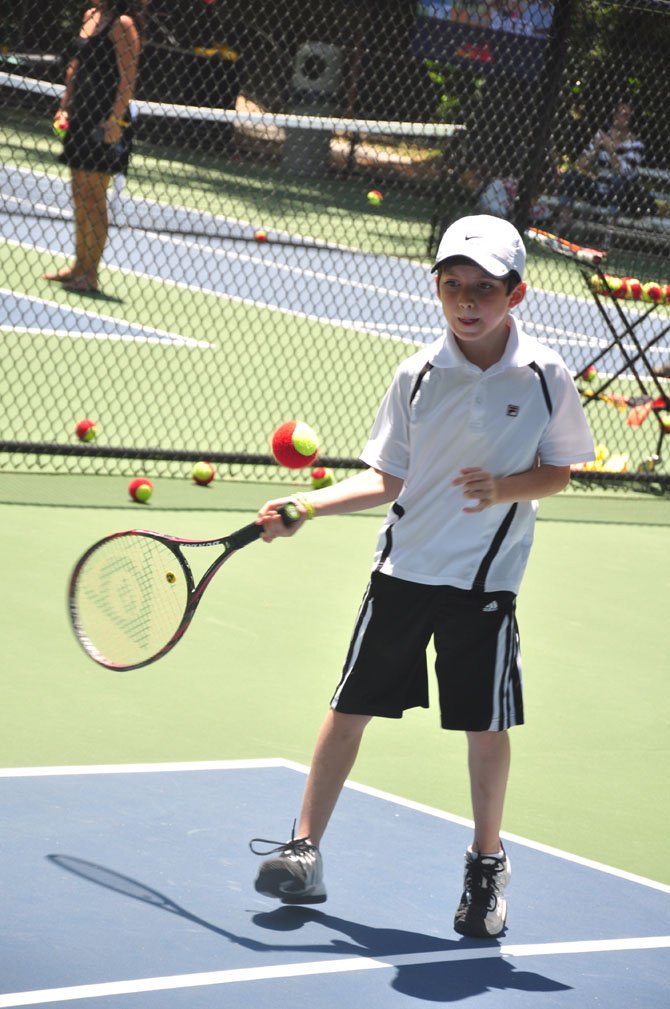 Renzo Sanio, 9, prepares his shot at the children’s tennis courts in Reston, Saturday, May 19. The six courts were converted from two full courts.

It is very exciting to play tennis because it’s a good game to make some good https://www.crunchbase.com/organizati...">rushessay reviews stamina. This is use to be one of my favorite games to play for keeping my health in a good condition.