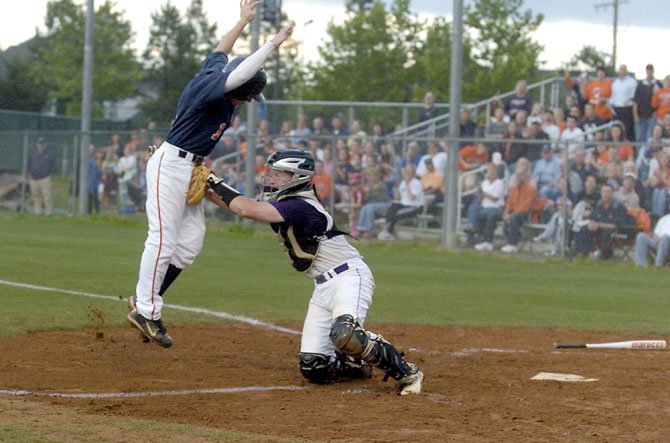 Lake Braddock catcher Garett Driscoll tags out West Springfield’s Taylor Boyd during the third inning of the Patriot District championship game on May 21.

The Lake Braddock baseball team pounded 10 hits and played solid defense behind starting pitcher Michael Church en route to a 7-2 victory against West Springfield on May 21 in the Patriot District championship game.