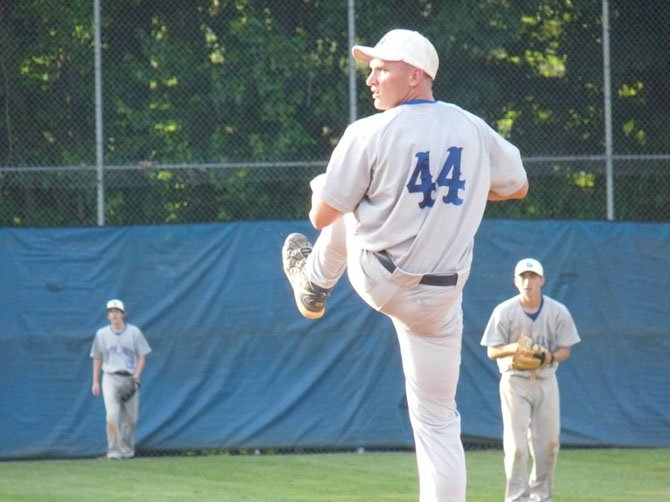 Bobby Rae Allen pitched the seventh inning versus Fairfax last week, earning the save in his team's 8-7 playoff win.

Although it took more than 24 hours, the South Lakes Seahawks baseball team ultimately subdued the Fairfax Rebels to win their opening Liberty District Tournament game, 8-7. The first three innings were played on Tuesday, May 15 with Seahawk senior pitcher Billy McLaughlin opening on the mound. In the top of the second inning, South Lakes' designated hitter Bobby Rae Allen singled to left field and Austin Gibbons parked a home run into the trees beyond the fence for a 2-0 advantage for the Seahawks.