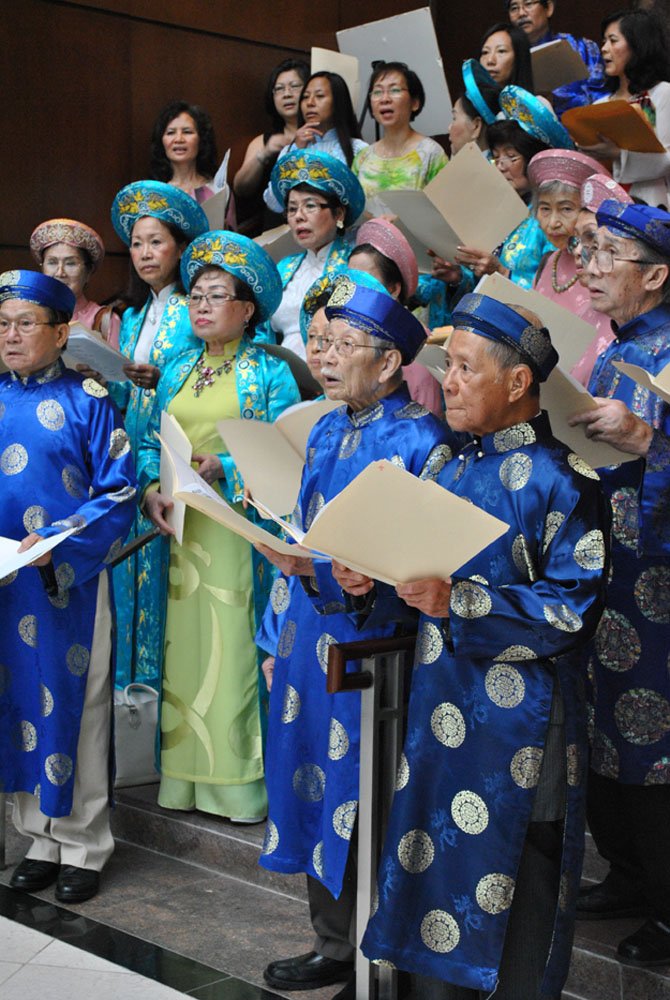 The Vietnamese American Seniors Choral Group performed patriotic songs and folk songs during the pre-ceremony of the fourth annual naturalization ceremony held at the Fairfax County Government Center on Friday, May 25.