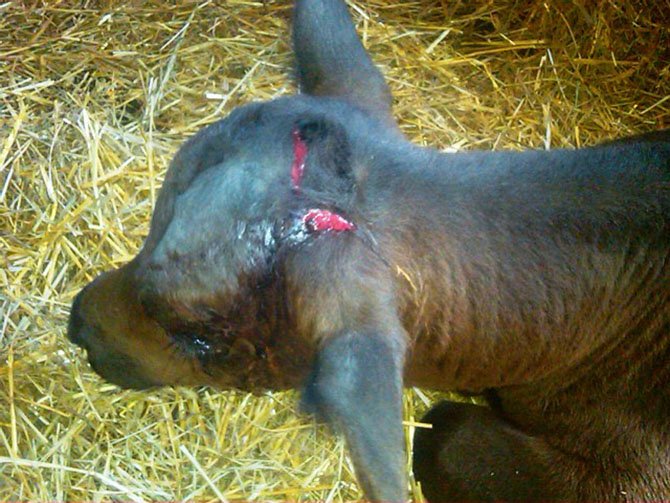 In the wake of a stabbing of three horses on April 26, more barnyard animals have been injured by an unknown assailant at the Kidwell Barn at Frying Pan Park in the Herndon area. Two goats, a calf and a chicken were cut by an unknown object during the nighttime hours between 5 p.m. Saturday, May 26 and 7 a.m. Sunday, May 27.

Weekend incident is similar to nearby April 26 stabbing of three horses.