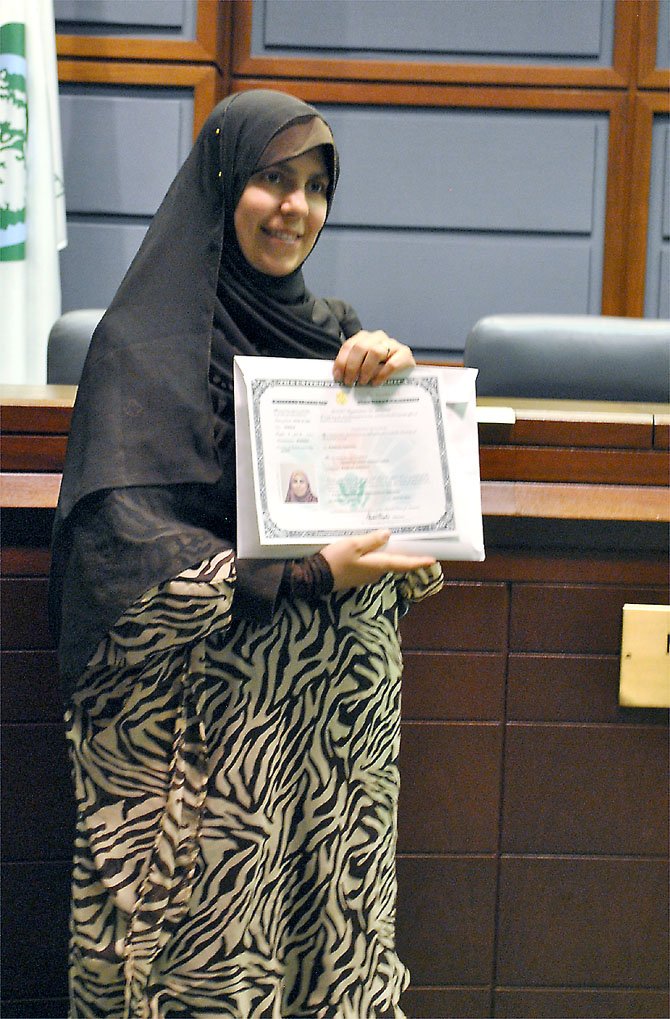 Shahinaz Hassan of Fairfax, a recent immigrant from Egypt, said she was happy to be an American citizen, and was looking forward to voting.