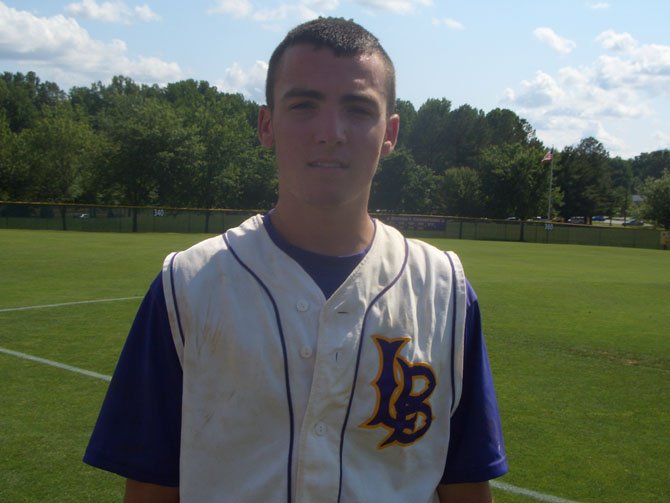 Dylan O'Connor put down a suicide squeeze bunt which won the game for Lake Braddock on Memorial Day.

A perfectly executed bases loaded suicide squeeze play by Dylan O'Connor saved the day for the Lake Braddock Secondary baseball team and provided the winning run for the host Bruins in their dramatic 6-5 extra innings victory over McLean in a Northern Region quarterfinals playoff game played on Memorial Day afternoon.