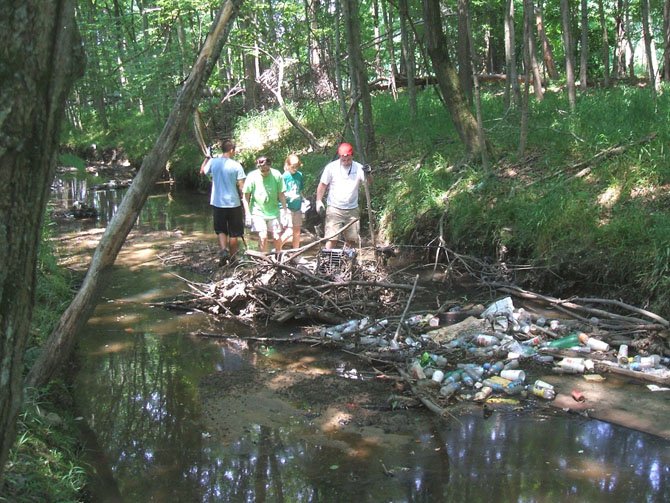 Volunteers remove trash and shopping carts from Little Hunting Creek on May 27.

To the Editor: Anyone who spends a few minutes examining scientific texts, journals, papers or historical literature on the natural history of the Potomac and the Chesapeake Bay Watershed can recognize that these once great ecosystems are mere remnants of what they once were. The Potomac watershed covers four states and D.C. It is over 400 miles long and is 11 miles wide where it flows into the bay. The Chesapeake Bay watershed (the area of land that drains into the Bay) is 64,000 square miles and has 11,600 miles of tidal shoreline, including tidal wetlands and islands. The watershed encompasses parts of six states: Delaware, Maryland, New York, Pennsylvania, Virginia, and West Virginia, as well as Washington D.C. The problems in the Potomac and the Chesapeake Bay are magnified by their scope which is a reason why they are "most endangered." Unfortunately there will always be those people, who are operating at a very superficial level, who demand that everything scientific be both dumbed-down and rigorously argued to them.