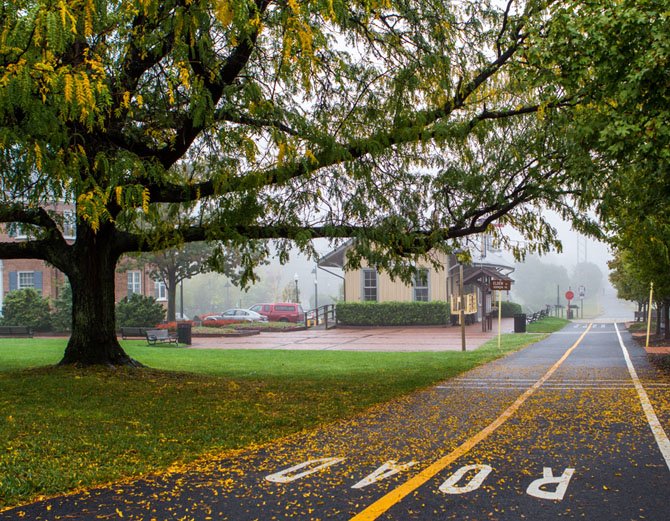 "Herndon in the Fog" by Herndon photographer Andrew Rhodes, a finalist in this year’s juried photography competition.

The competition pool, narrowed down from 87 entrants to 37 finalists, features photographers from the DMV area.

Those who turn out to ArtSpace Herndon on Saturday, March 8 from 7-9 p.m., will have a chance to see a colorful exhibition of images by 37 photographers from Virginia, Maryland, and Washington, D.C. In addition to the exhibition, longtime photographer and competition juror D.B. Stovall will announce the first, second, and third place winners of ArtSpace’s 2014 Fine Art Photography Competition during an awards ceremony. Stovall narrowed down the competition pool of 400 submissions by 87 photographers to 37 finalists in a difficult process of elimination that he described as a "series of difficult cuts."