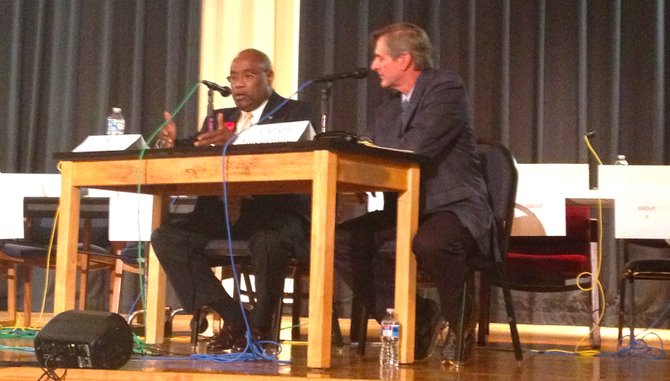 Clash for Mayor: Bill Euille Squares Off with Andrew Macdonald

Candidates for mayor meet in the first of three debates.

In their first of three scheduled debates Tuesday night at George Washington Middle School, three-term incumbent Democrat Bill Euille and independent challenger Andrew Macdonald clashed over the waterfront plan, the Base Closure and Realignment Commission and the scale of development in Alexandria.