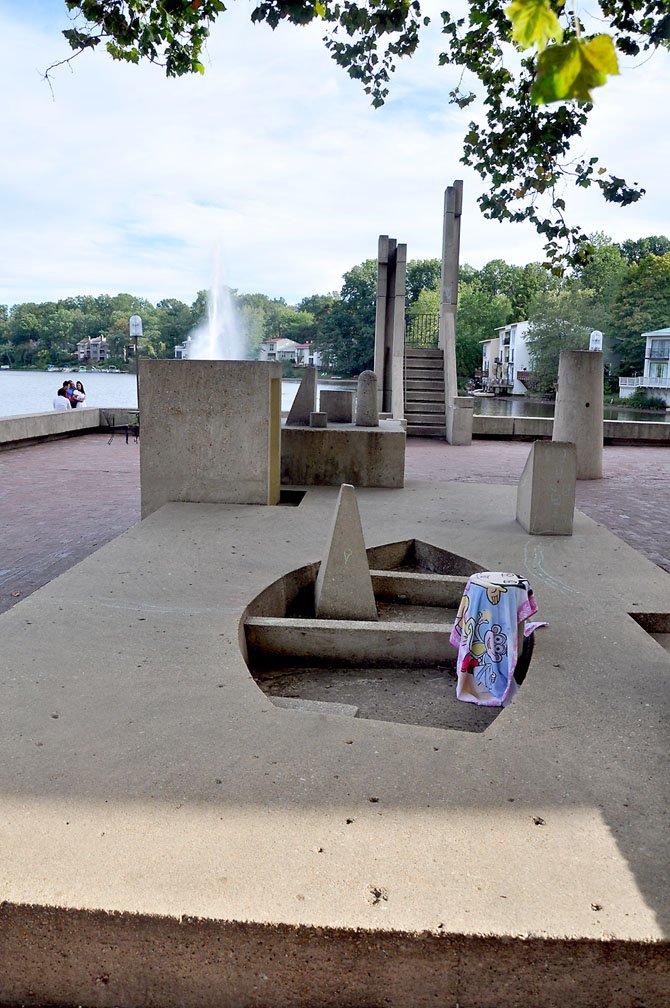 Part of the interactive art at Lake Anne, which was designed to help foster interaction between community members.

In his founding principles for Reston, Robert Simon mentioned the need for public art several times. The Initiative for Public Art-Reston presented a history of public art in Reston Saturday, Sept. 15, celebrating several major art projects that form the core of Reston.