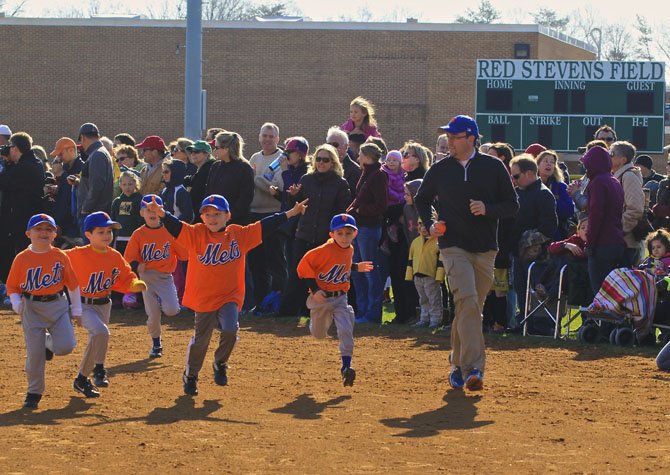 Another fun shot of a team running around the diamond as the crowd looks on.