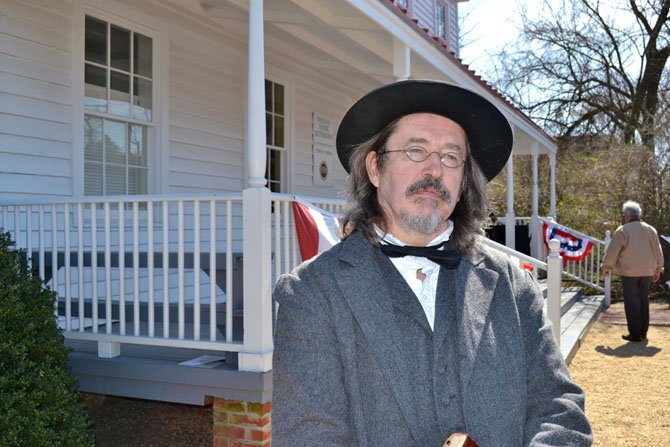 John Vrana played the part of Abram Lydecker, original landowner and merchant of the property, which was then called Lydecker Store. “The land was cheap, it had good soils and climate, and a wonderful market of government people in the city of Washington. In the 1850s this was a booming area,” he said.