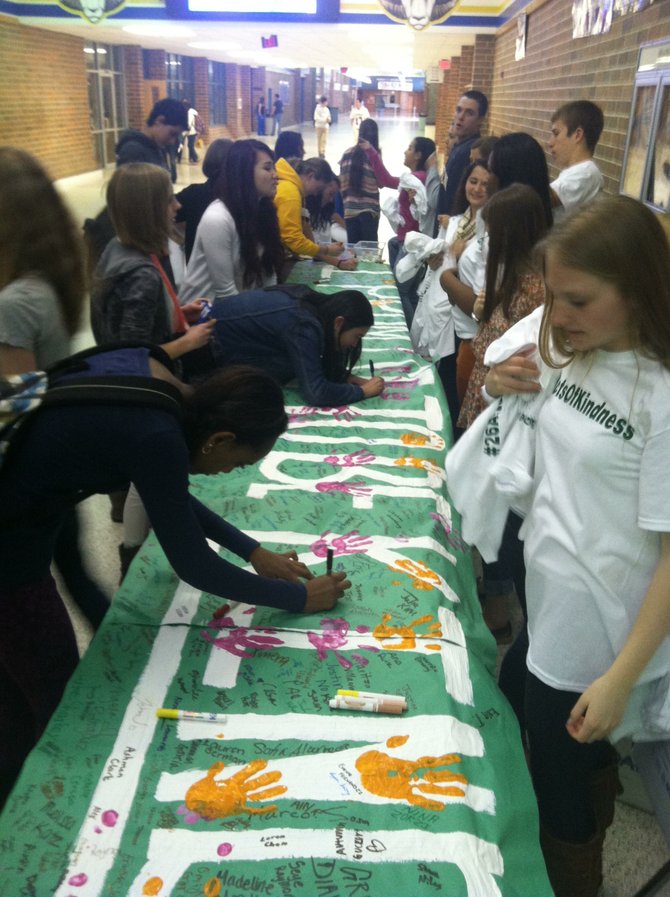 Robinson students signing the Pledge Banner while participating in the 26 Acts of Kindness campaign.