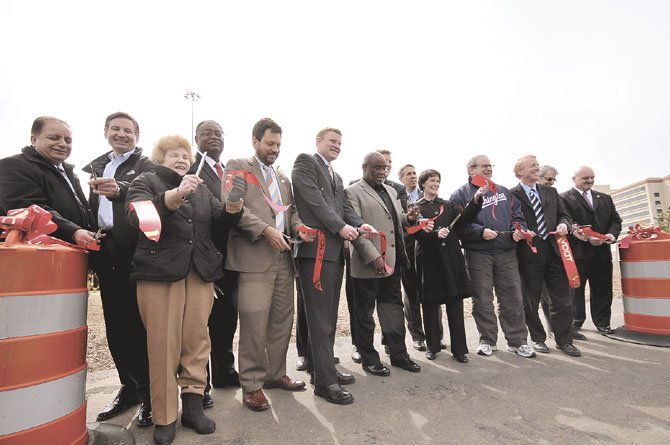 Virginia Secretary of Transportation Sean T. Connaughton is joined by local, state, federal officials, VDOT and FHWA officials and principals of the construction companies of Corman and Kiewit for the official ribbon cuttion of the completed Telegraph Road Interchange.