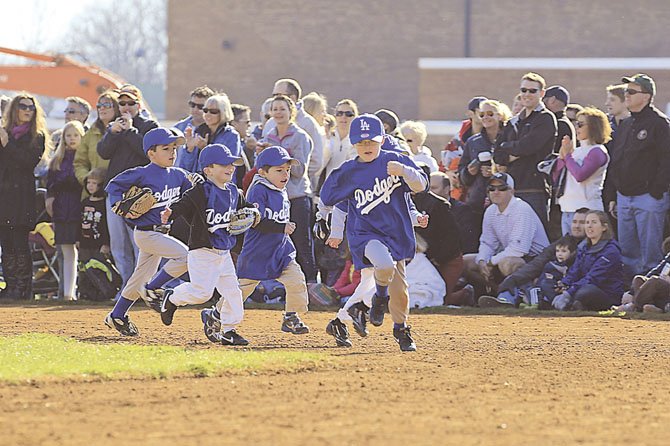 Fifty-one teams were introduced in front of a crowd of family and friends. Each team got took a quick trip halfway around the diamond and lined up.