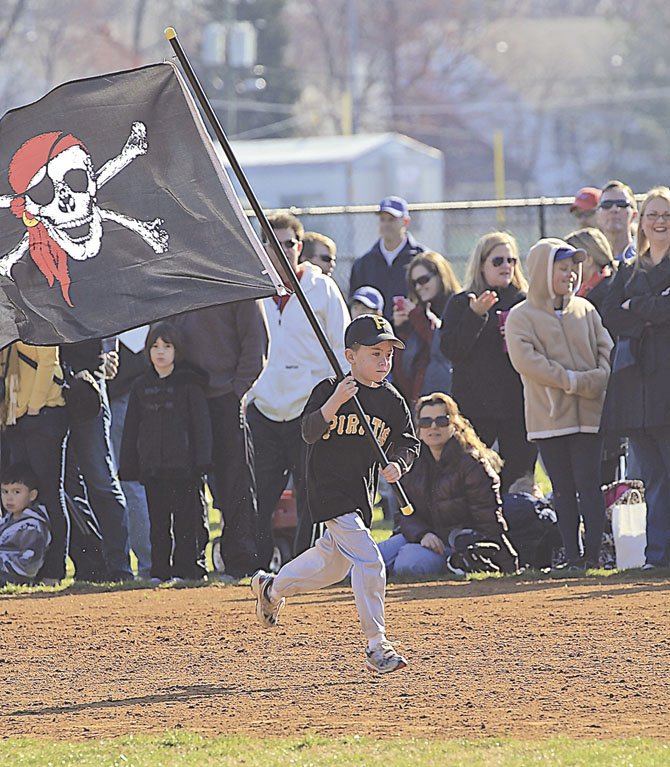 A member of the Pirates team carries the team flag. There are 586 youngsters registered for Fort Hunt Little League.