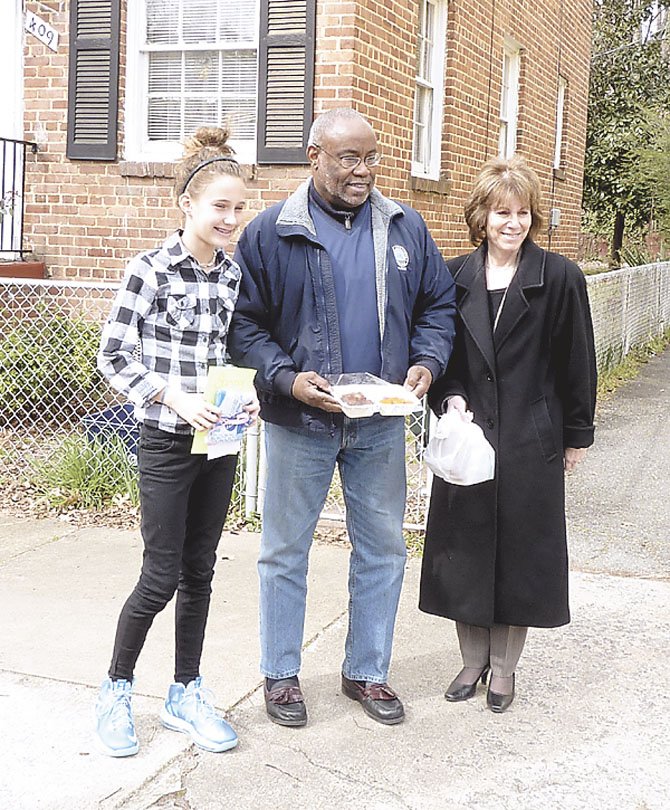 Mayor Bill Euille, center, is joined by Anna Murphy, 11, and Meals On Wheels of America president Ellie Hollander in delivering meals to homebound seniors March 21 as part of the Mayors for Meals campaign.

Mayor Bill Euille joined other mayors and elected officials across the nation in delivering meals to homebound seniors March 21 as part of Mayors for Meals, a component of the March for Meals Campaign of the Meals on Wheels Association of America and Senior Services of Alexandria.