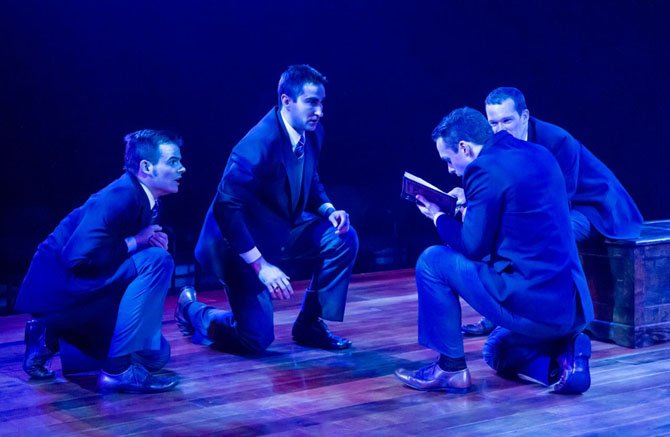 At first glance, they are the model of Catholic school conformity, trained to recite in unison as they learn their catechism. But then an illicit copy of William Shakespeare’s “Romeo and Juliet” is discovered, disrupting the lives of four prep school boys in “Shakespeare's R&J,” now playing at Signature Theatre.