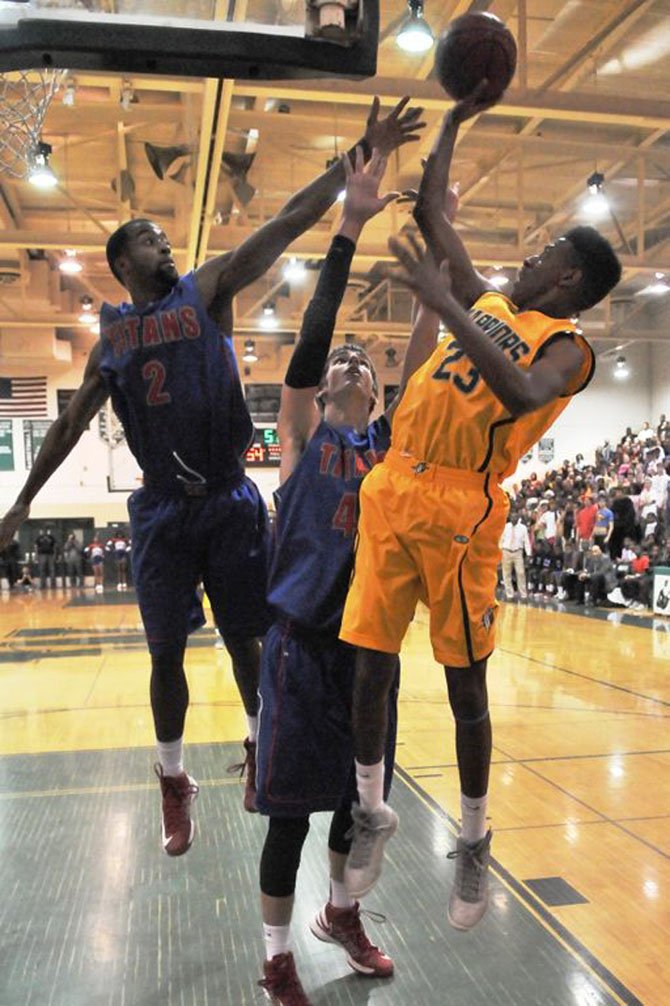 Wakefield’s Ermias Nega, right, shoots against T.C. Williams’ Grant Dickinson, center, and Landon Moss during the opening round of the Northern Region tournament on Monday.

The Wakefield boys' basketball team will face Langley in the region quarterfinals.