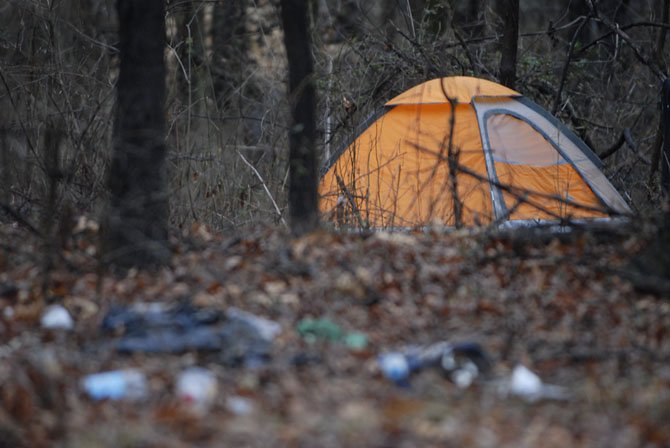 Encampments like this were found scattered around the Lorton area, usually near major shopping areas, but sometimes in isolated fields. Not all encampments had tents for people to sleep; volunteers often found old couches and sleeping bags, or temporary shelters made of cardboard, plastic and scrap pieces of wood.

Every veteran has a story, and a path to housing.

Jameel Mubaarik of Reston is a 63-year-old Army veteran and mechanical engineer, a former Reston homeowner.